It may be thought to by Italians, “What a strange cuisine! Its called Napolitan but Japnese food with American ketchup!”… (lol),but it’s one of the famous and popular pasta in Japan.

Somehow sweet and nostalgic, I sometimes want to eat very much.
Introducing the secret story of the birth of such Napolitan in Japan.

The birth of Napolitan is the well-established hotel “New Grand” in Yamashita, Yokohama.
Before and after World War II, American soldiers ate pasta with salt and pepper and ketchup, and the chef who saw it arranged the ingredients and tastes to complete Napolitan.

However, it is said that the original sauce using raw tomato, onion, garlic, tomato paste, and olive oil was used because the cuisine that uses ketchup is not suitable at hotel.
Raw tomatoes were expensive and hard to come by at that time, so I think that this pasta should have been a taste of refined taste.
By the way, this pasta is still on the first floor of the “New Grand”, and you can enjoy the same taste as at the time.

After that, so-called general “Napolitan” made from tomato ketchup became popular and penetrated.
It seems that authentic Napolitan at coffee shops, will let the boiled noodles sleep overnight in order to give unique chewy texture.
The chewy noodles and the sweet and sour ketchup go together perfectly, making it a very delicious cuisine.

…Well, looking at the history of Napolitan, I want to eat it.
But when I cook at home, I suddenly want to eat, so I don’t think I have time to lay down the noodles.
In such a case, the point is to boil the noodles firmly. Boil firmly, not at Aldente, at the stipulated time.

With just that, you can prepare fluffy noodles with a chewy texture, and it will be a full-scale finish.

How about spaghetti Napolitan for your meal today? 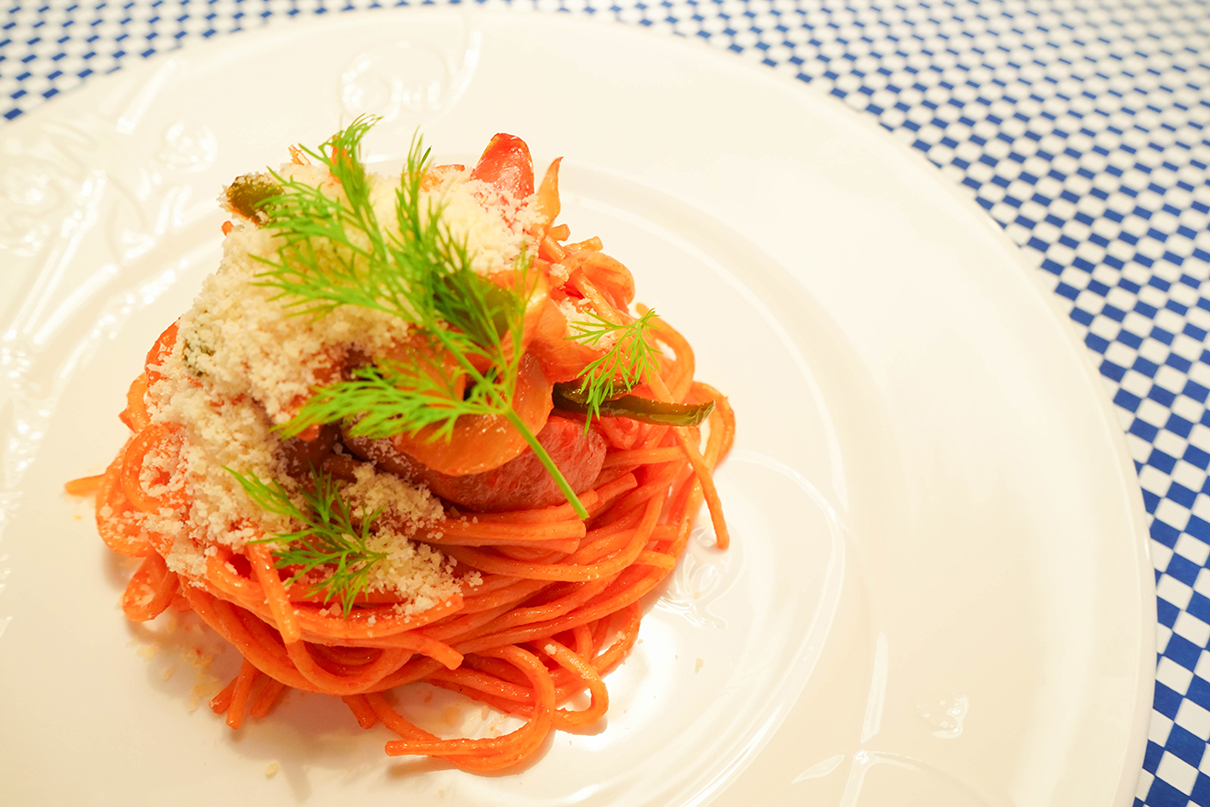 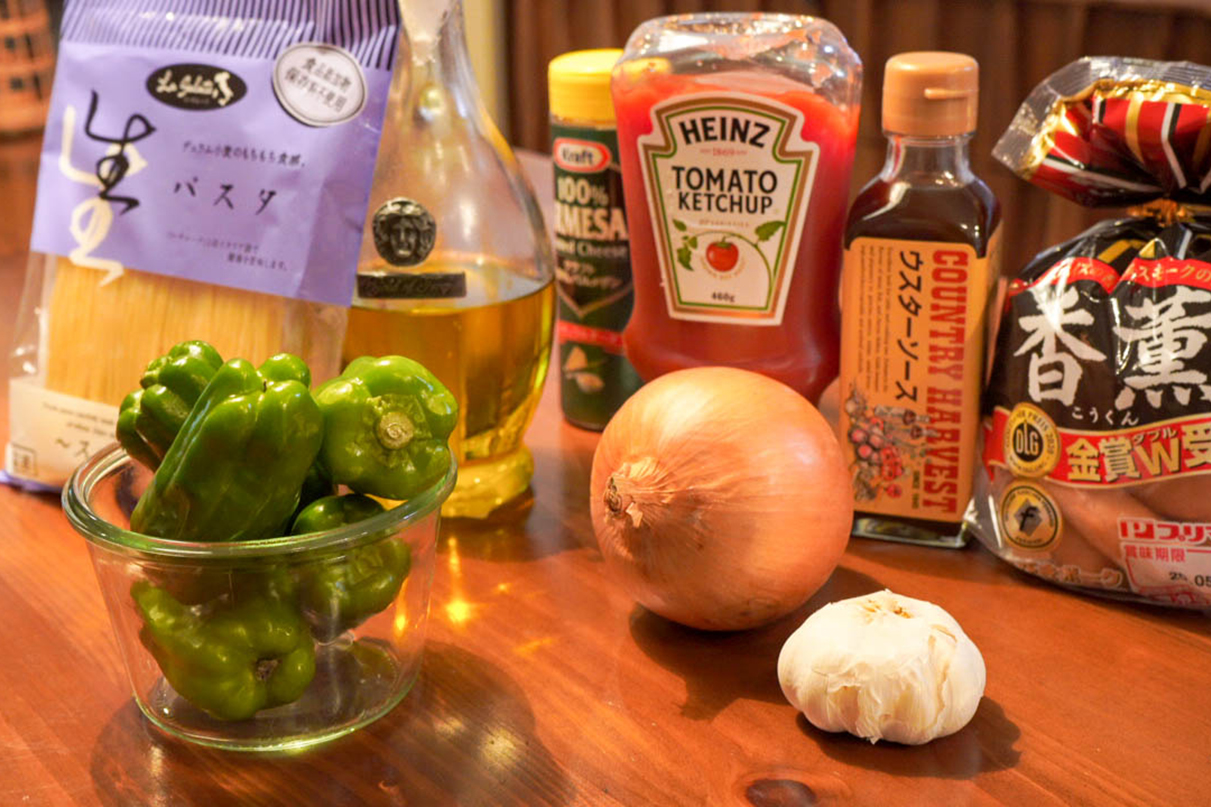 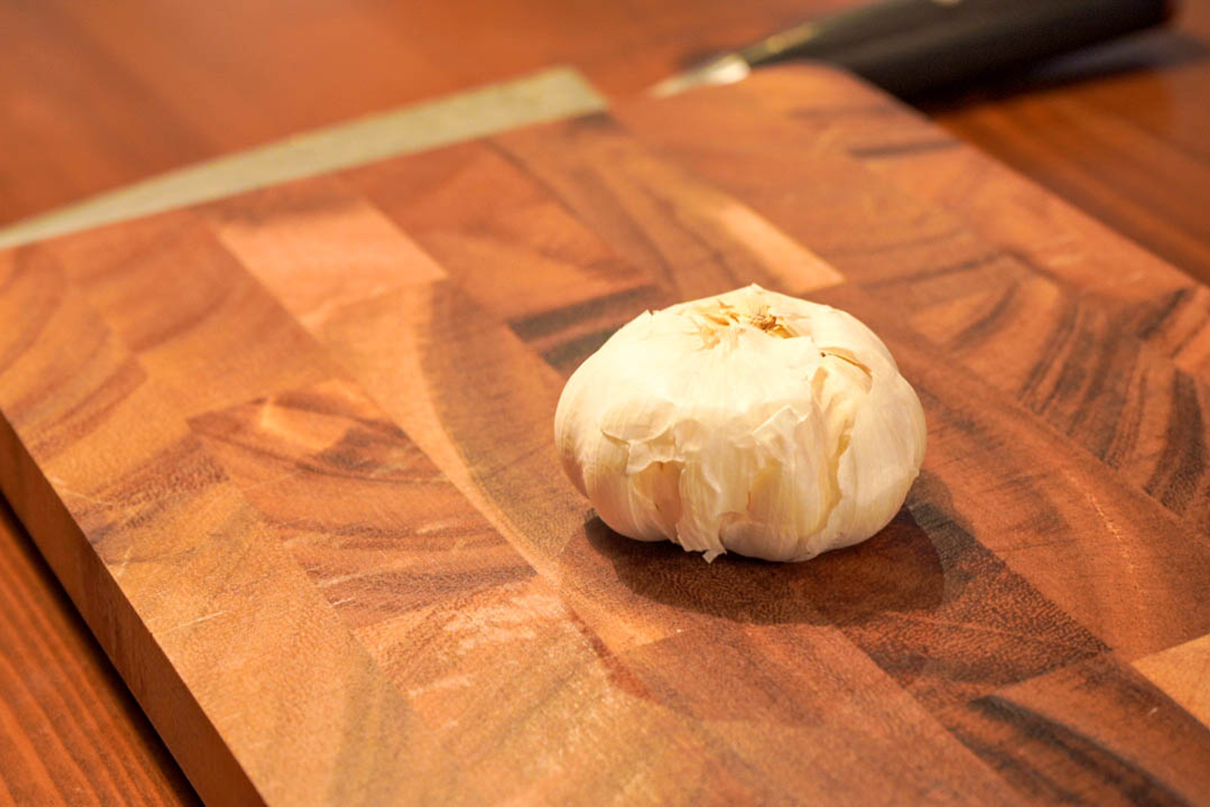 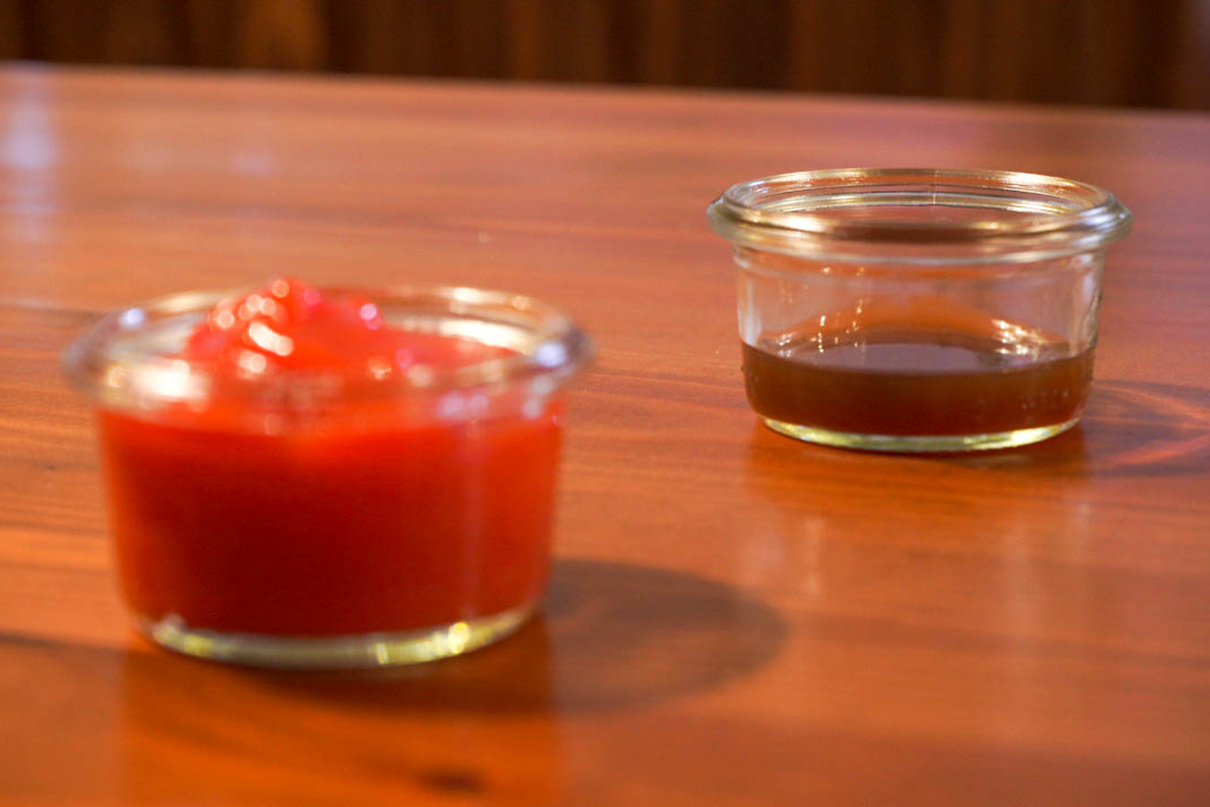 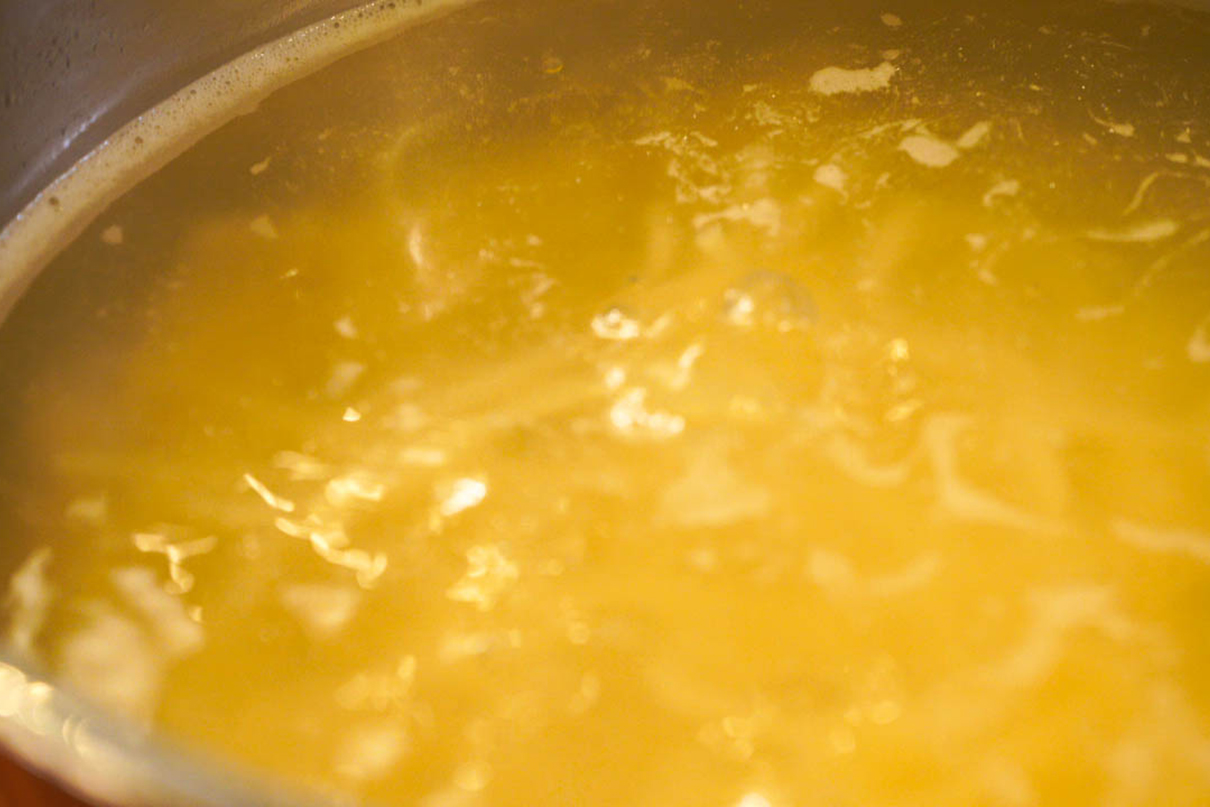 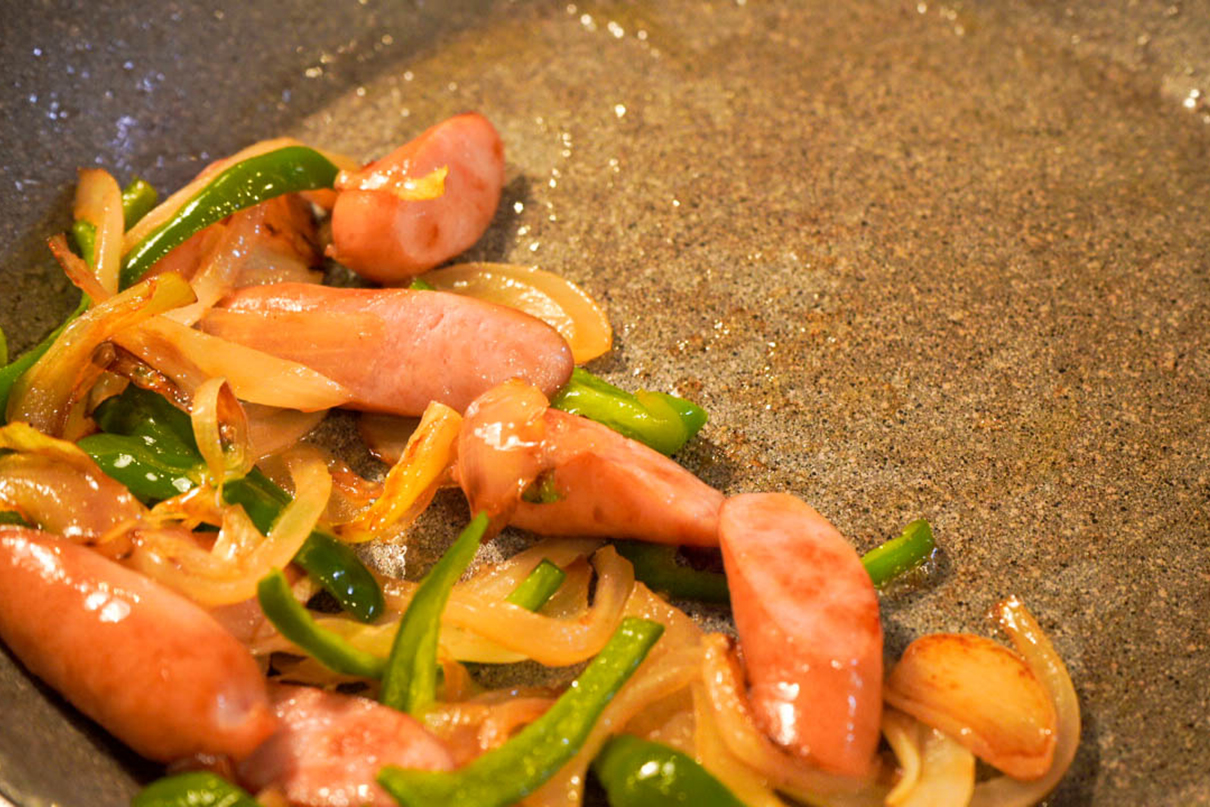 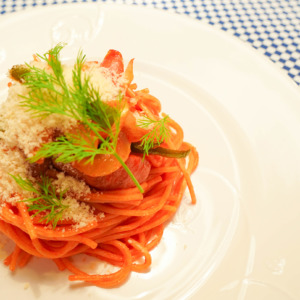 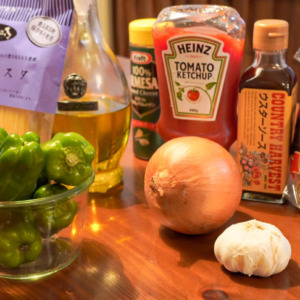 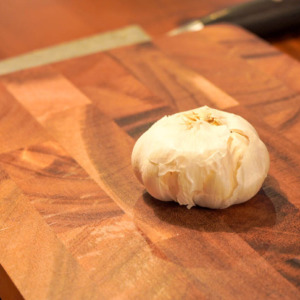 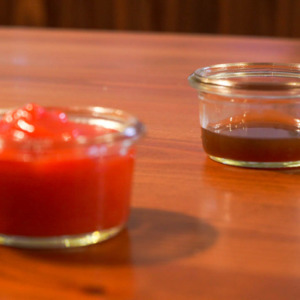 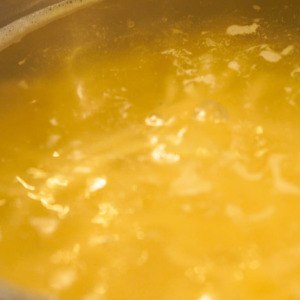 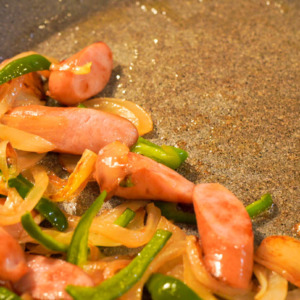 2 Prepare the sauce while boiling the pasta.
Slice 1/4 onion, and slice 1 green bell pepper.
Cut the sausage (3 pieces) diagonally into 2-3 pieces.
Slice a piece of garlic.

3 Put olive oil (1 tbsp) and garlic in a frying pan and heat over low heat.
When you can smell the garlic, set to medium heat, add sausage and onion and fry.
Then when the onion is coocked, add green bell pepper and stir-fry.

4 When the pasta is boiled, drain it and put it in the frying pan (3).
Add tomato ketchup and sauce on the pasta, mix them together, lightly entangle the whole and it’s done♪

5 Put pasta in a bowl, topping with grated cheese and decorate with dill♪

【Our standard】A little moisture and softy! How to make pork meat and potato...

【Plenty of spices♪ Mentsuyu is delicious! 】 How to make a classic Japanese ...