“I started chilling Chinese noodles.”
It is a word that Japanese people want to say when eating chilled Chinese noodles in summer!
Also, when I see this signboard appearing in the shop, I feel, “Oh, summer has come!”

Even in the hot season when you don’t have an appetite, you often want to (or can) eat chilled Chinese noodles.
Yellow (crepe-style fried egg), green (cucumber), red (processed ham, imitation crab sticks, tomato).
The colorful ingredients are well arranged and it is very cool. In addition, the sauce of soy sauce and vinegar goes perfectly with the cold noodles!
(Sesame sauce is delicious, but of course everyone loves sauce based soy sauce, it’s very popular, and I like it too!)

Such a summer tradition, “chilled Chinese noodles”.
Although its roots are said to be “Cantonese style lo mein” of China, they actually have different appearances and ingredients, and are said to be Japanese unique dishes created by Japanese people using Chinese noodles.
By the way, in China, it was difficult to get a large amount of clean water, so it seems that the process of cooling noodles with water was not familiar to them, like Japanese soba noodles and somen.

Let’s get back to it, there are various theories about where it was born in Japan, but one of the leading theories is that it was born in Sendai City, Miyagi Prefecture.

This cold noodle dish was developed in 1937 by members of the Sendai Sina Culinary Union, thinking about how they could somehow maintain the sales of a Chinese restaurant in the hot summer.

The reason why the chilled Chinese noodles created has become a staple dish in Japan is that not only cold noodles are easy to eat, but also summer vegetables cool the body.

Use seasonal summer vegetables such as cucumbers and tomatoes, and have a good-looking and healthy meal♪

How about such chilled Chinese noodles for today’s menu? 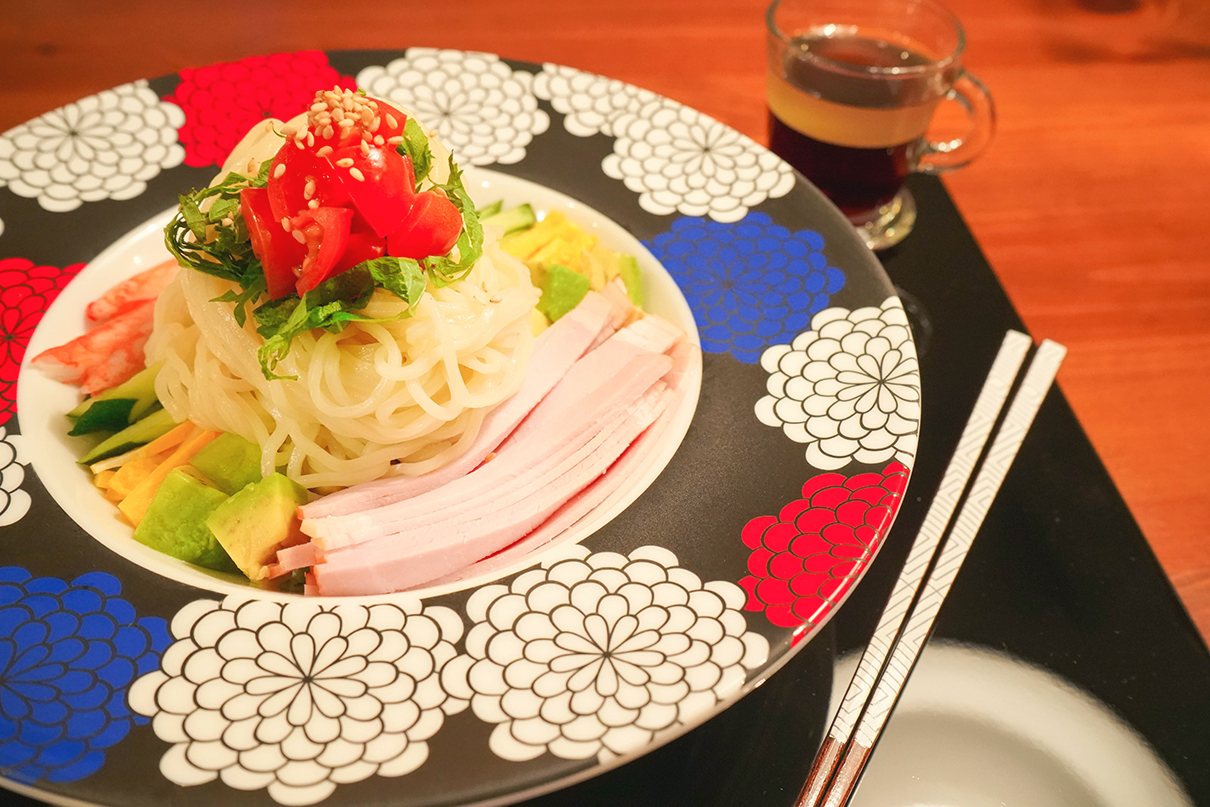 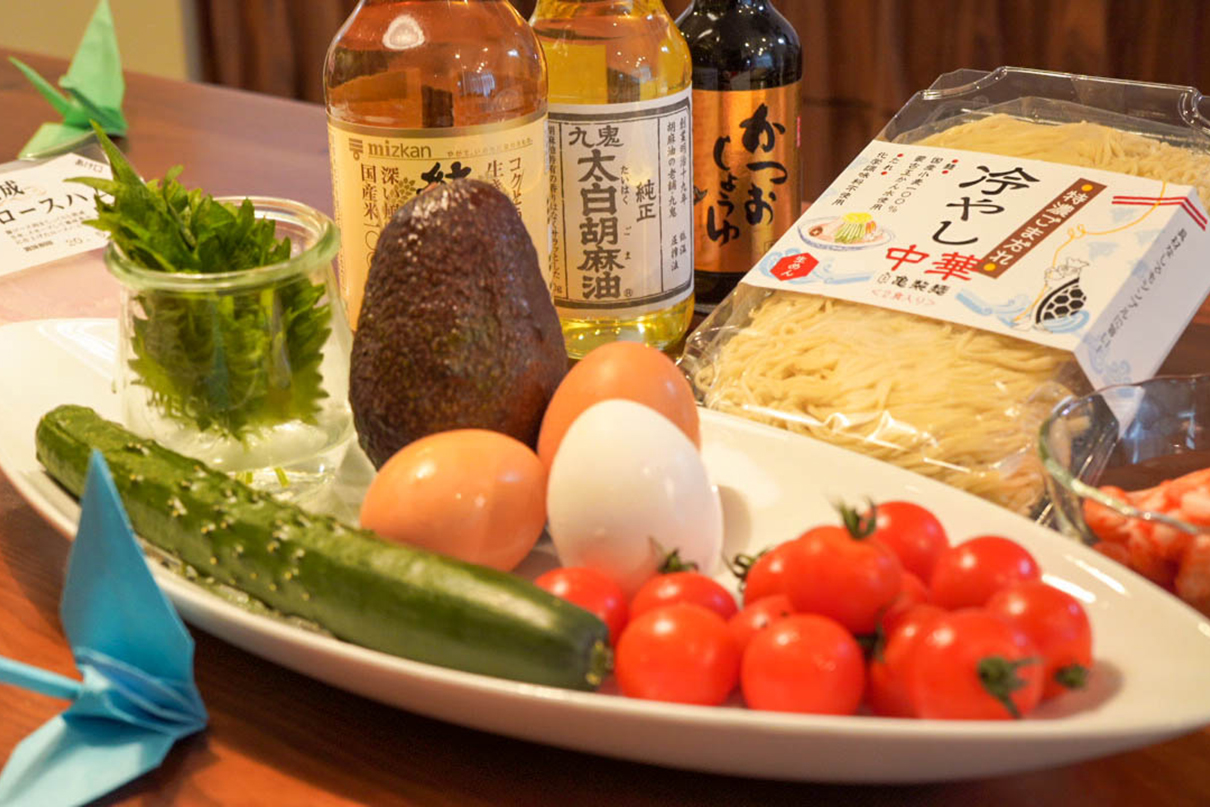 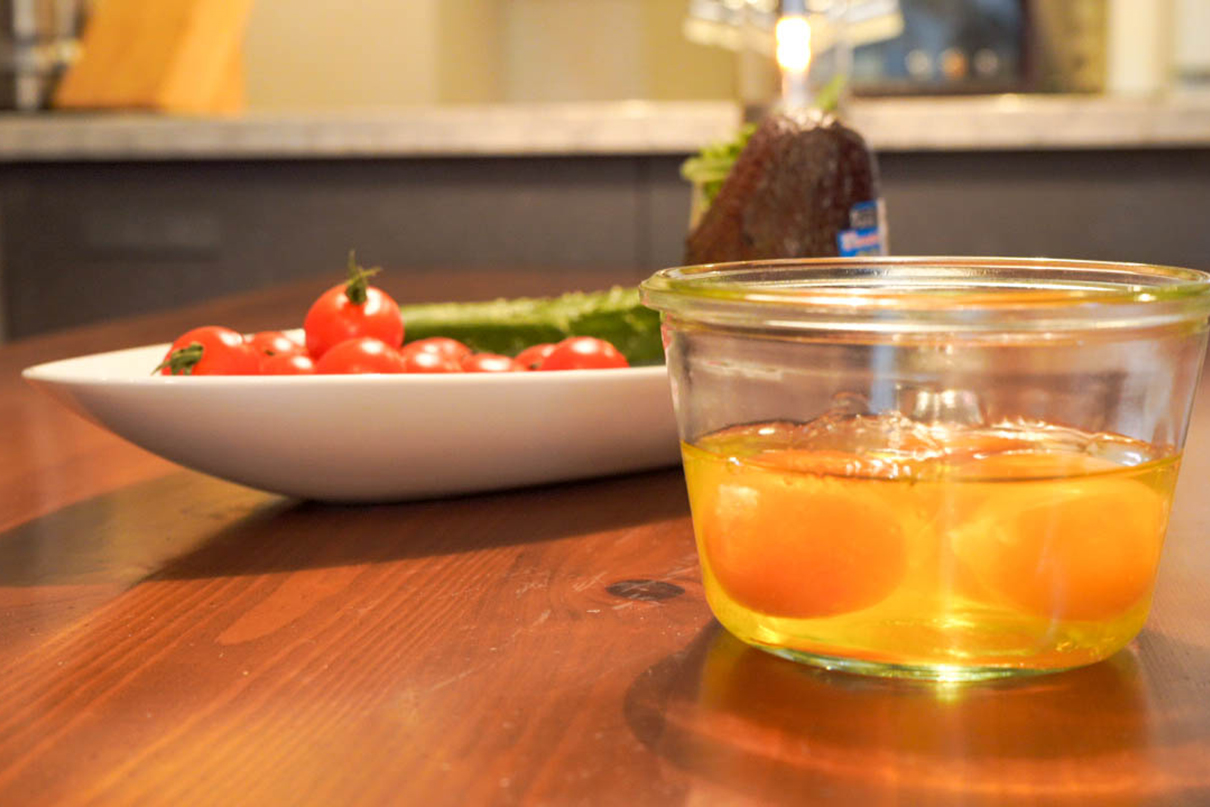 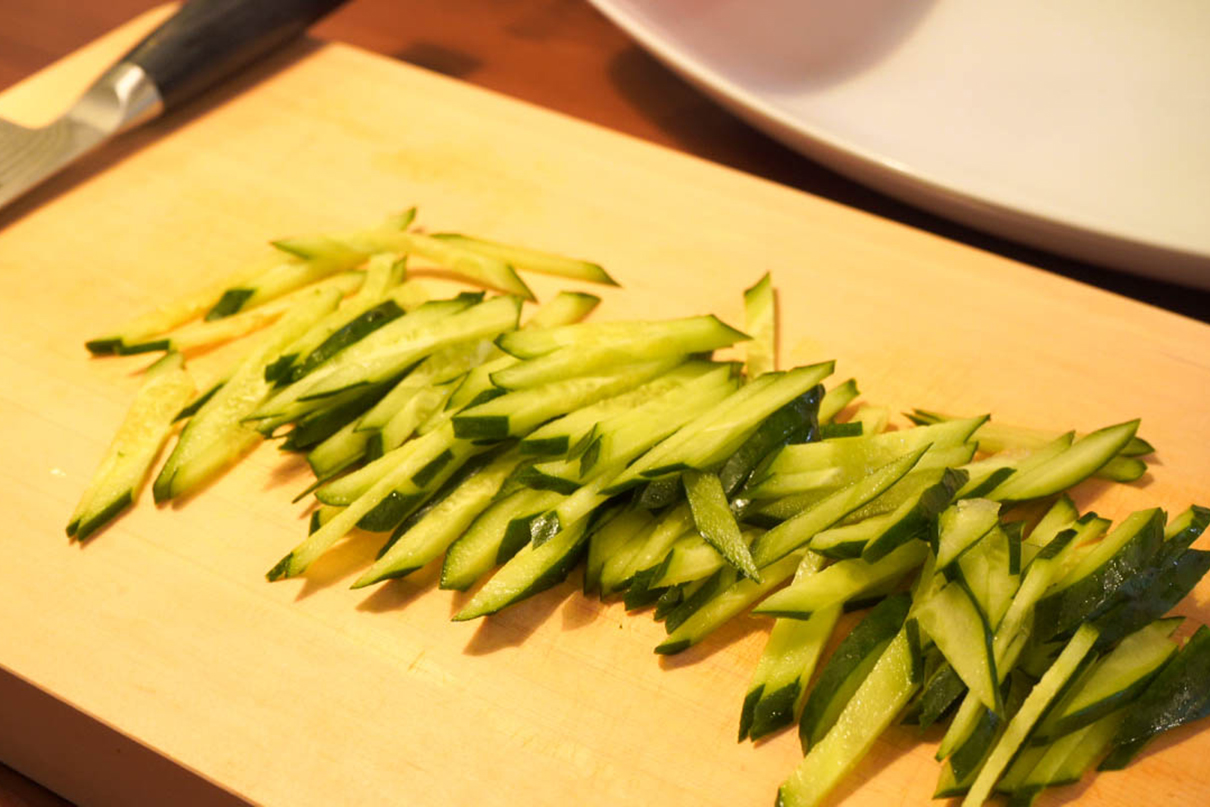 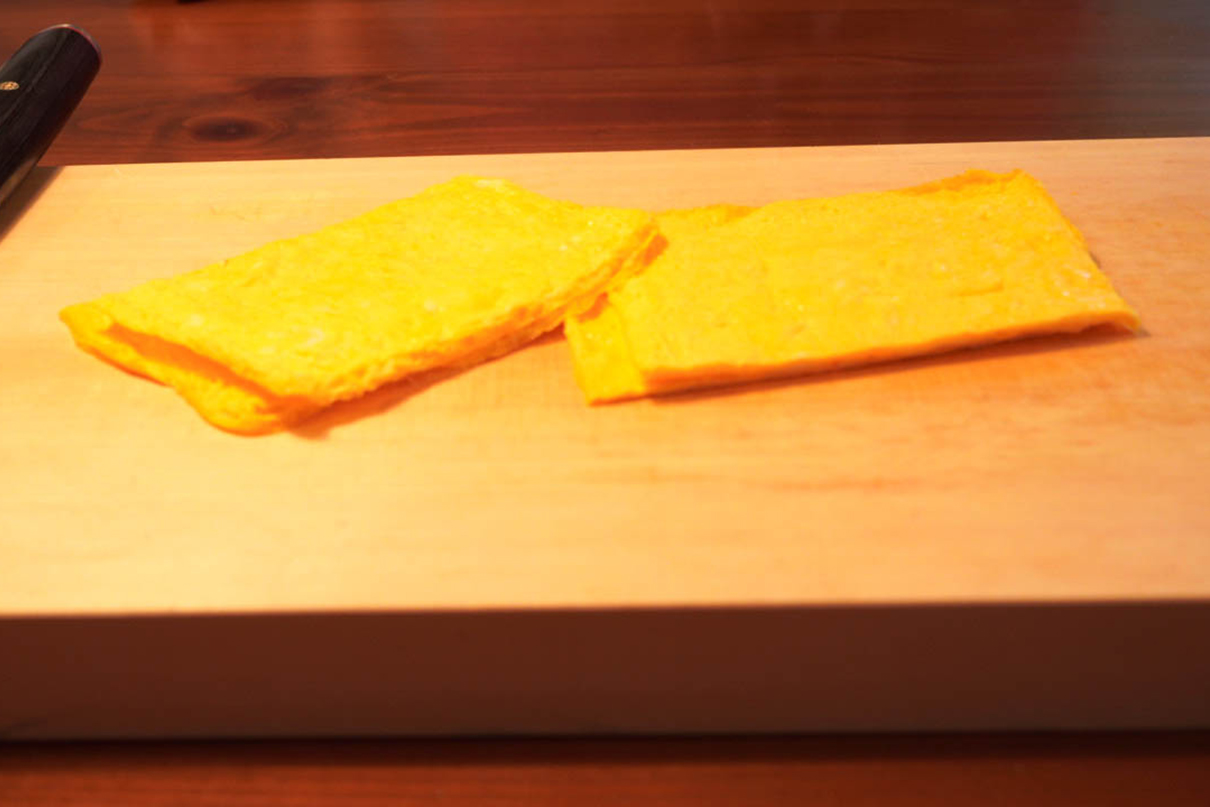 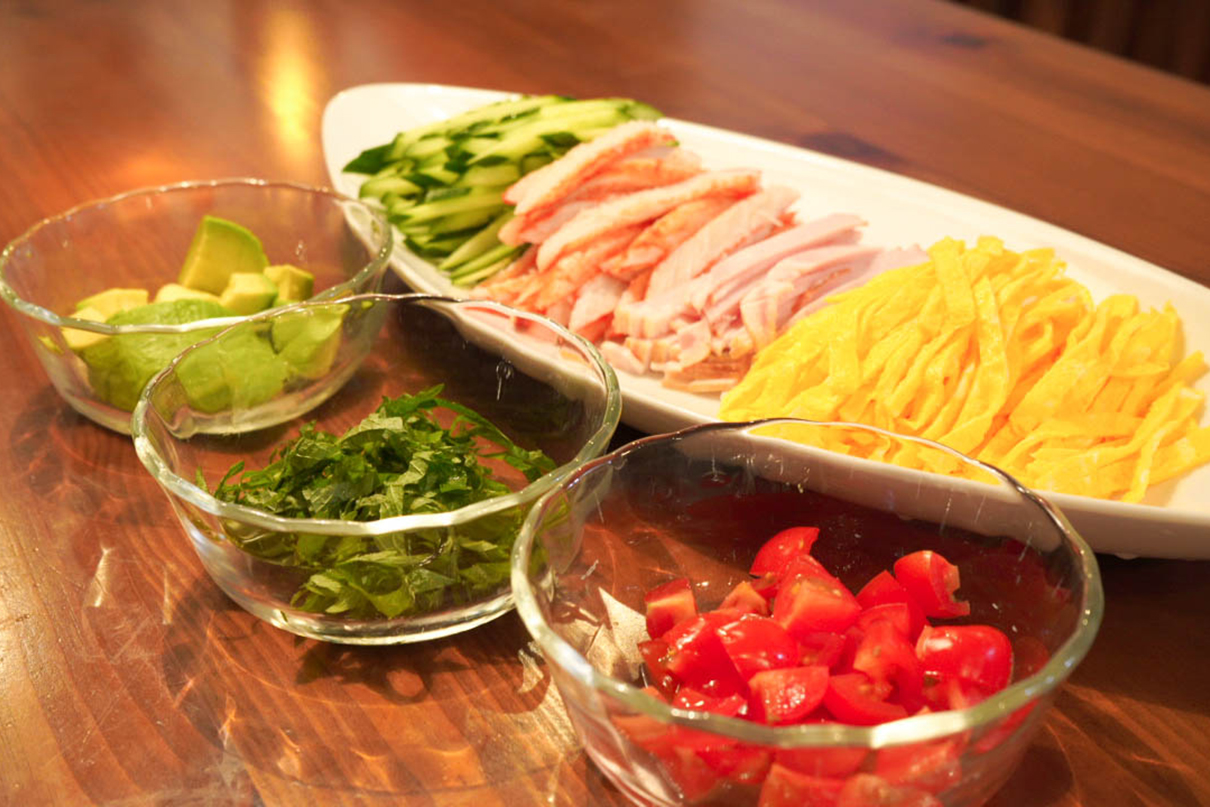 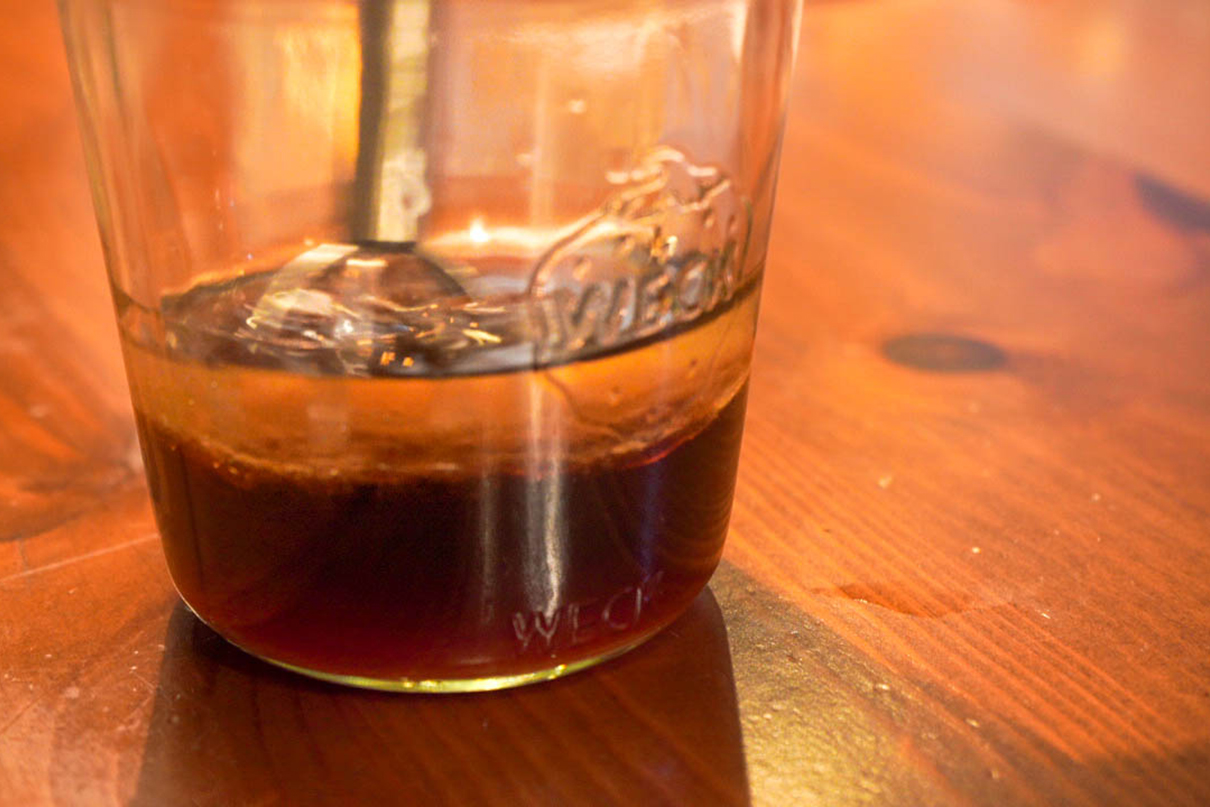 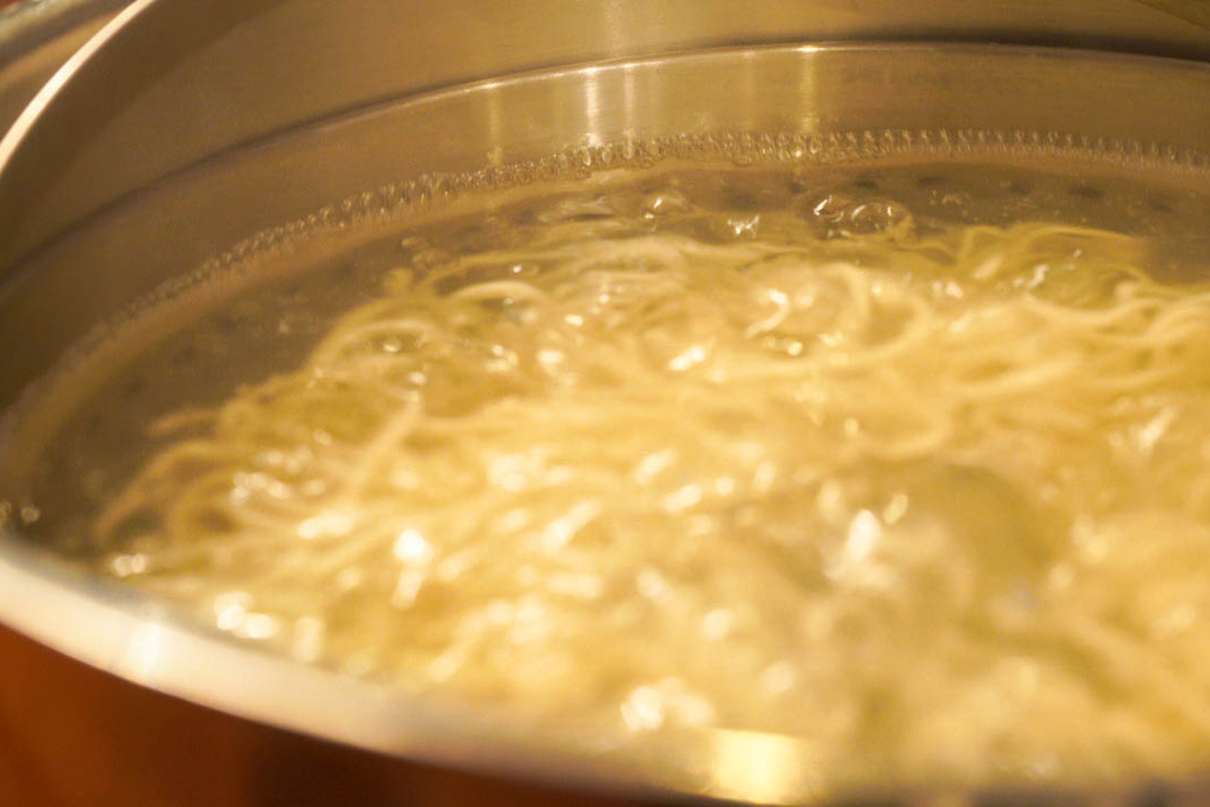 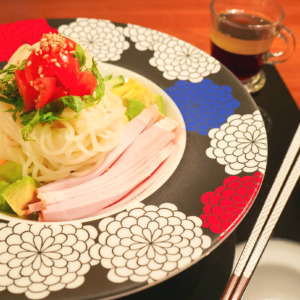 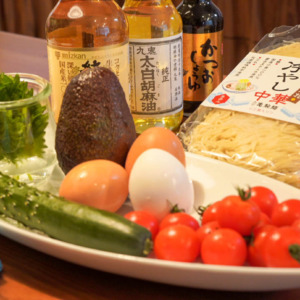 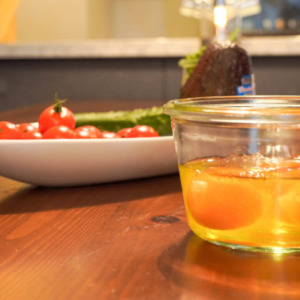 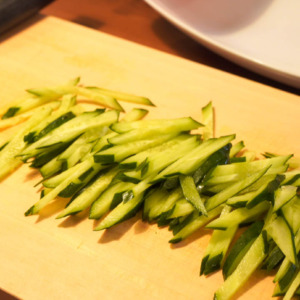 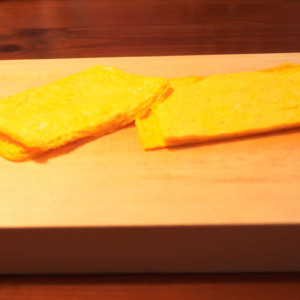 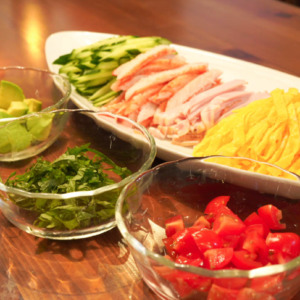 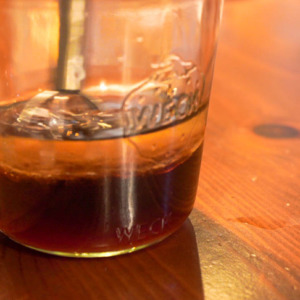 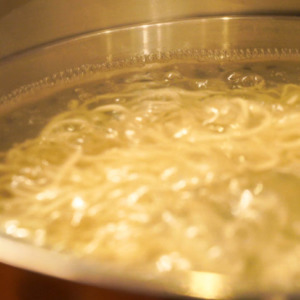 1 Make crepe-style fried egg, transfer to a plate and let cool for a while.

2 Cut the cucumber diagonally and then cut it into thin strips.
Shred imitation crab sticks, processed ham and green shiso leaf.
Cut avocado into 1-2 cm pieces and cut small tomatoes into 6-8 equal pieces.
When the crepe-style fried egg have cooled, cut them into strips.

3 Put water in a pot and boil the noodles according to the time indicated.
When it’s boiled, drain the water, transfer to a bowl, rinse the noodles while pouring cold water, and allow to cool.
*When cold water becomes lukewarm, discard it and pour cold water again. Repeat this 2-3 times, and drain off the water.

4 For the seasoning, the attached sauce is also good, or if it is not, mix the ingredients in (a).