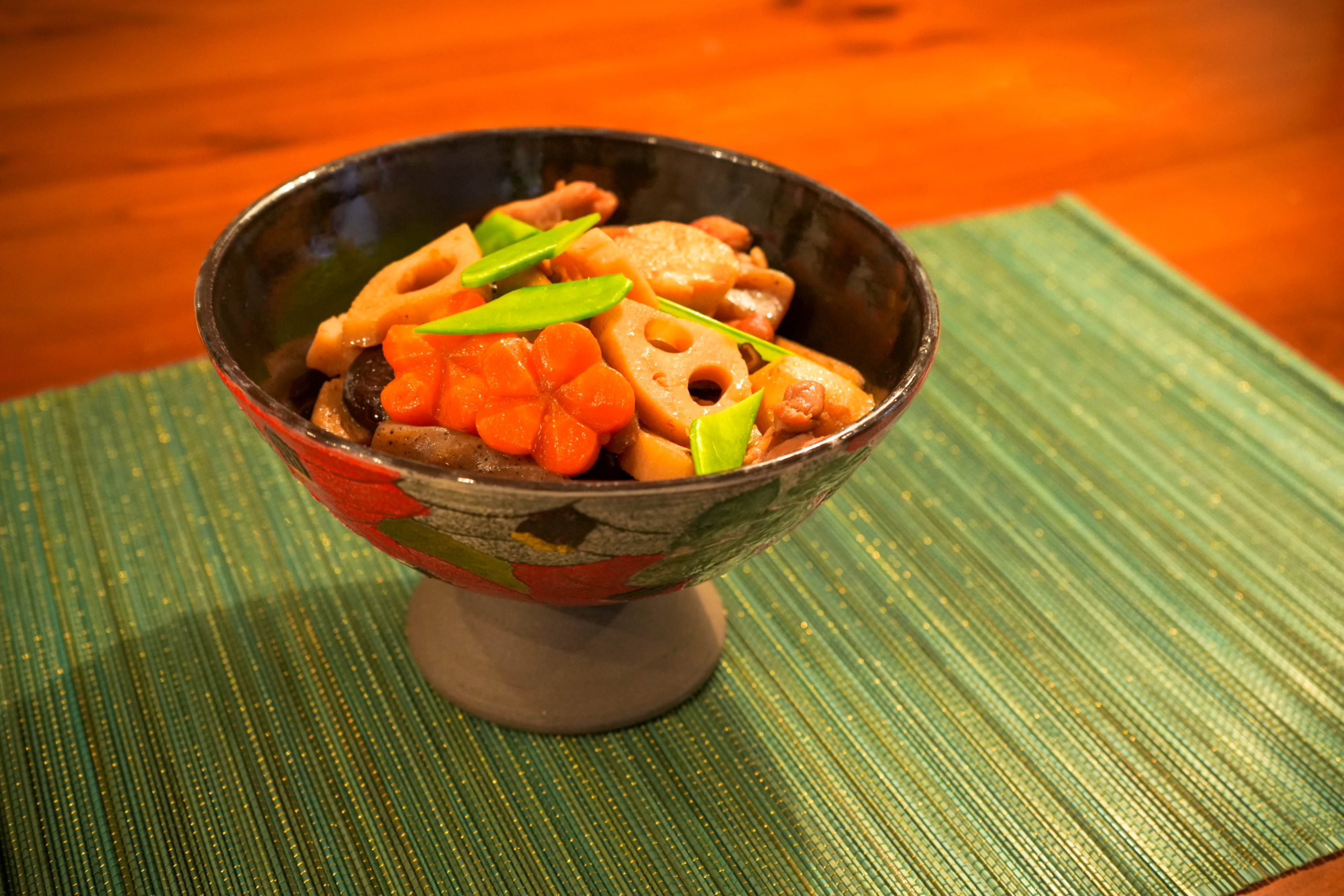 “Chikuzen-ni”.
As the name implies, the local cuisine originated in the Chikuzen region in the south central part of Fukuoka prefecture.

Also called “Game‐ni”.
The word “Gamekurikomu” in the dialect that means gathering was turned, and this dish that gathered various ingredients was called “Gameni”.
If you examine the characteristics in detail, game-ni can see that the ingredients are cut into smaller pieces than the chikuzen-ni , and that chikuzen-ni boiled chicken uses boneless meat, whereas game-ni boiled meat uses boned meat.There are various opinions but it is not certain.

Well, when I asked my father, who was born and raised in Fukuoka Prefecture, about the truth, he said in a dialect, “Since they are similar, it doesn’t matter which one!”.
(The locals don’t care so much.)

Regardless of the origin of it, I think that the reason this local regional cuisine is now popular all over Japan is that it is a typical New Year’s dish to eat at New Year.

Why is this Chikuzen-ni must for New Year’s holidays? I had thought it was a supporting role that wasn’t very noticeable in the gorgeous treats.
I’ve thought that the role of supplementing vegetables, but apparently not.
（Moreover, the root vegetables are full, so I ate at the end.）

In fact, since this Chikuzen-ni is a collection of various ingredients, it has been said that it has been used as a lucky charm not only for New Year’s holidays but also for celebrations, etc., with the wish that ”the whole family can spend good time together”.

Furthermore, it seems that each member of Chikuzen-ni has its own meaning.
Let’s introduce the member.

“Chicken”. It is said to be auspicious because it is the first bird to call in the New Year.
Furthermore, since it “takes in luck” and “takes in customers,” it also holds wishes such as prosperous business and improved luck.
（The meaning of “take” is “TORIKOMU” in Japanese and is the same as the pronunciation of “chicken”（”TORI”）.）

“Burdock roots”. Since it is firmly rooted in the soil, it hopes that the foundation of the family and household will be stable for a long time.

“Carrot”. In charge of color. In addition, carrots are often cut into the shape of plum blossoms, which are said to be auspicious because they endure a long winter and begin to bloom earlier than other flowers in early spring.

“Lotus root”. It is hoped that the future outlook will improve because there is a hole and it looks ahead.

“Taro potatoes”. Taro has many young potatoes attached to the seed potatoes, so it has the wish of “child treasure” and “prosperity of descendants”.

“Konnyaku”. In charge of texture. Since the twisted shape of konnyaku looks like a tied bridle, it contains a feeling of praying for a good match and marriage. It also has the meaning to tighten your heart and remind yourself.

“Dried shiitake mushrooms”. Dried food is a sacred material used for offering to gods and ancestors.
Also, shiitake mushrooms are likened to the shell of a turtle, and since the turtle lives for many years, it is considered a lucky charm as a symbol of longevity.

“Snow peas”. This is also in charge of color. In addition, the meaning of praying for the growth and success of the child is included in the image of bamboo that grows steadily.

So, did you know that all members have so many meanings and wishes?
(To be honest, I was surprised at how many meanings it has … I wonder if it is the idea of ​​the Fukuoka prefecture person who is clown …? lol)

It might have been a misunderstanding that was a supporting role for Osechi. Sorry…

I want to taste this auspicious dish that I made with time and effort next time.

By the way, how about “Chikuzen-ni” for today’s menu? 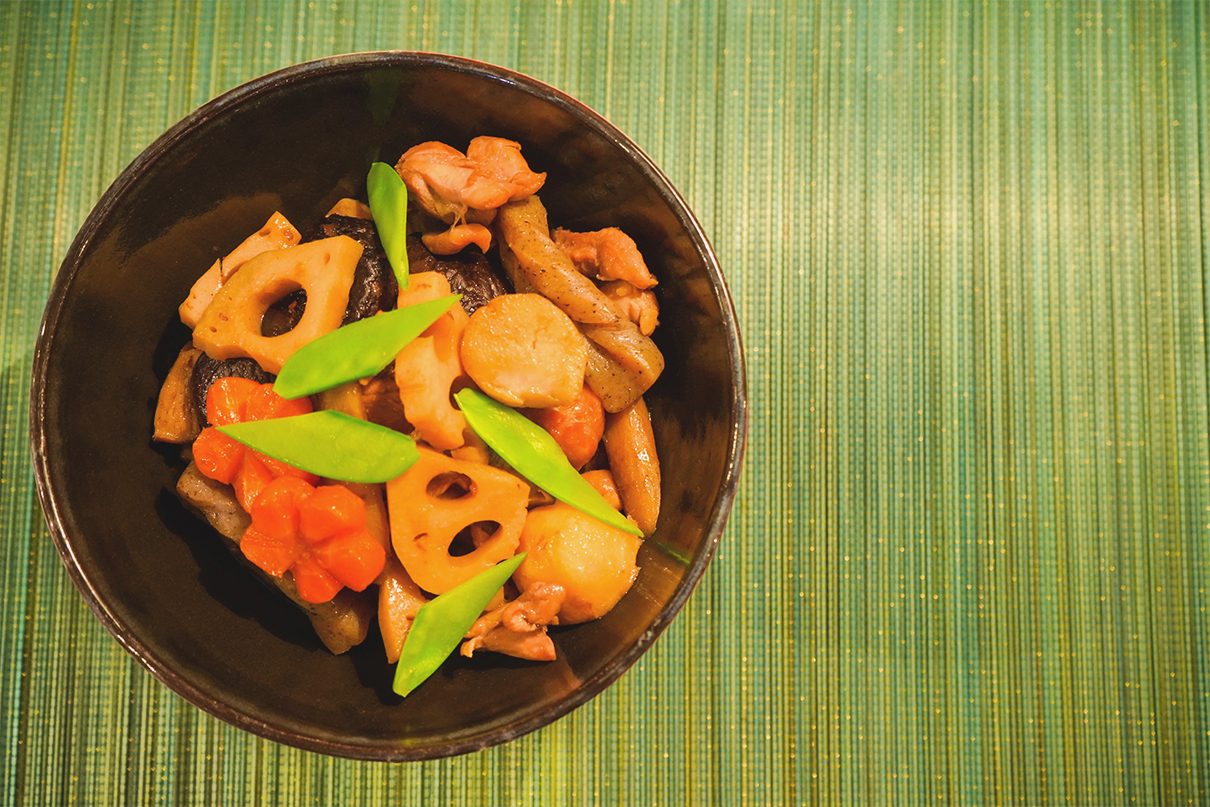 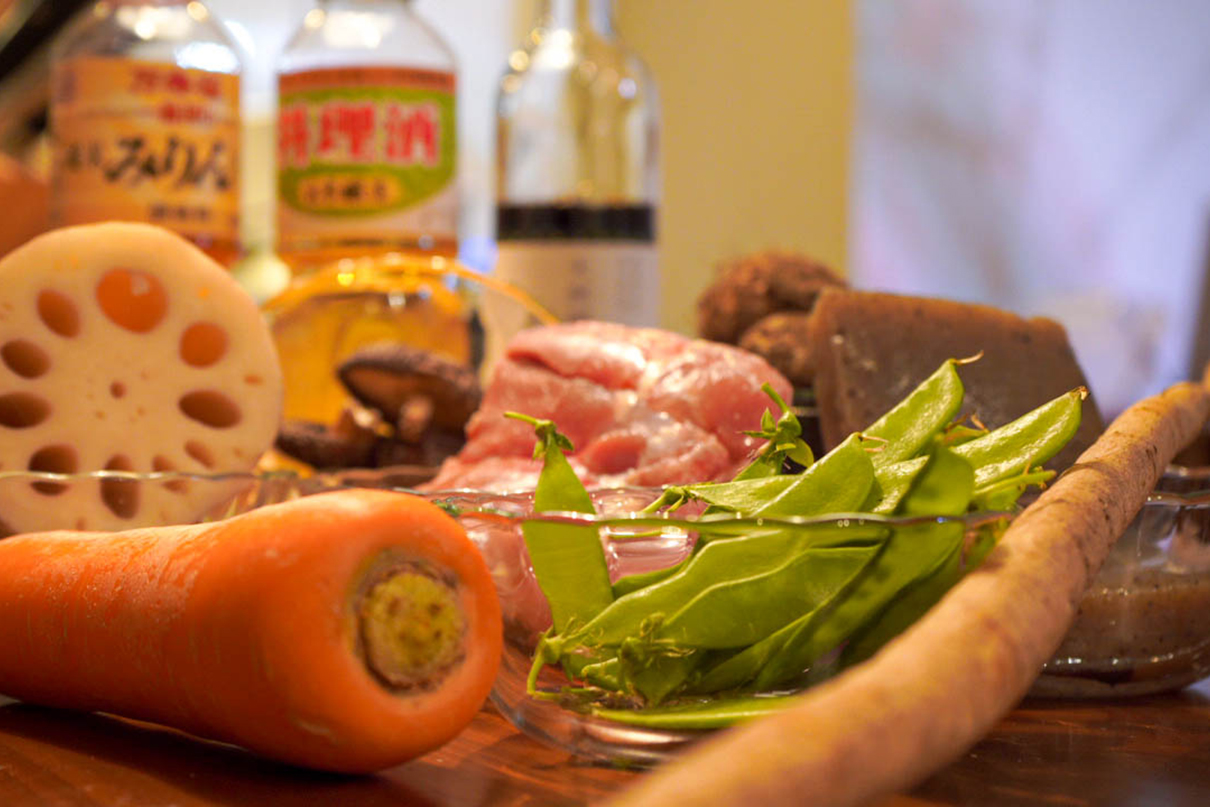 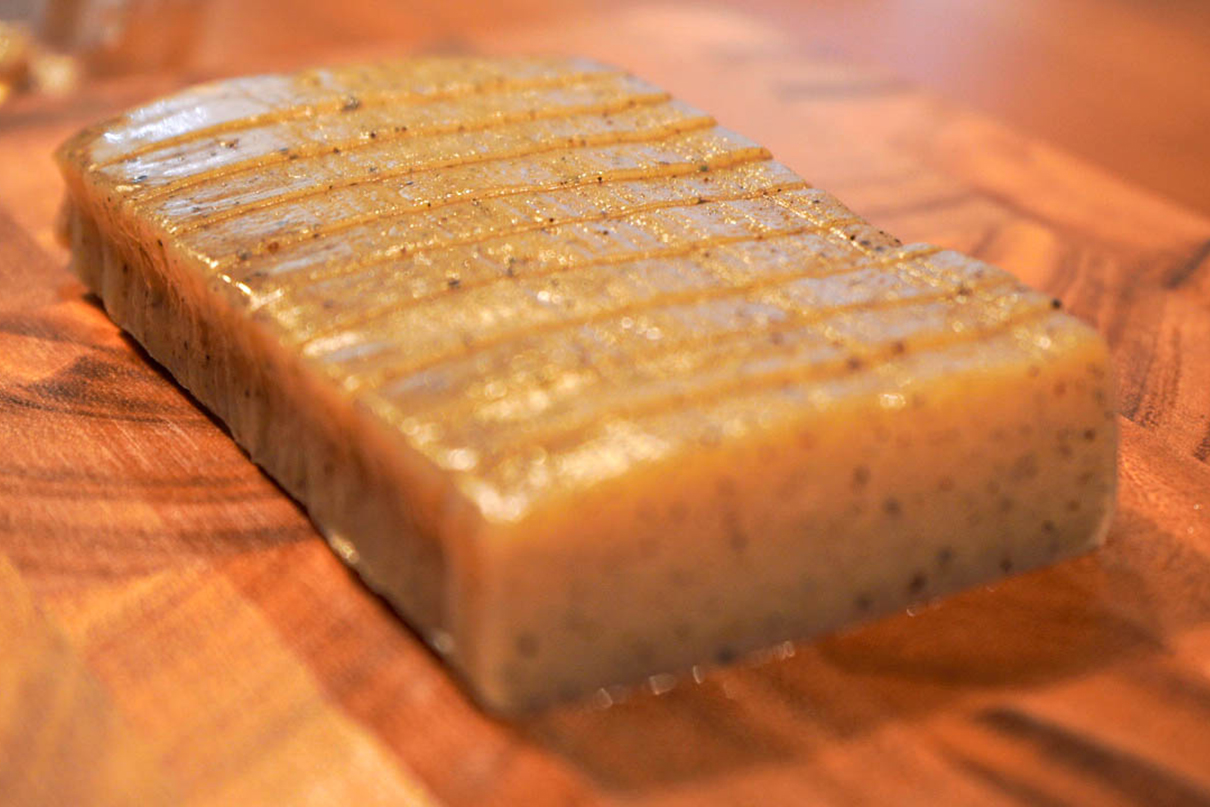 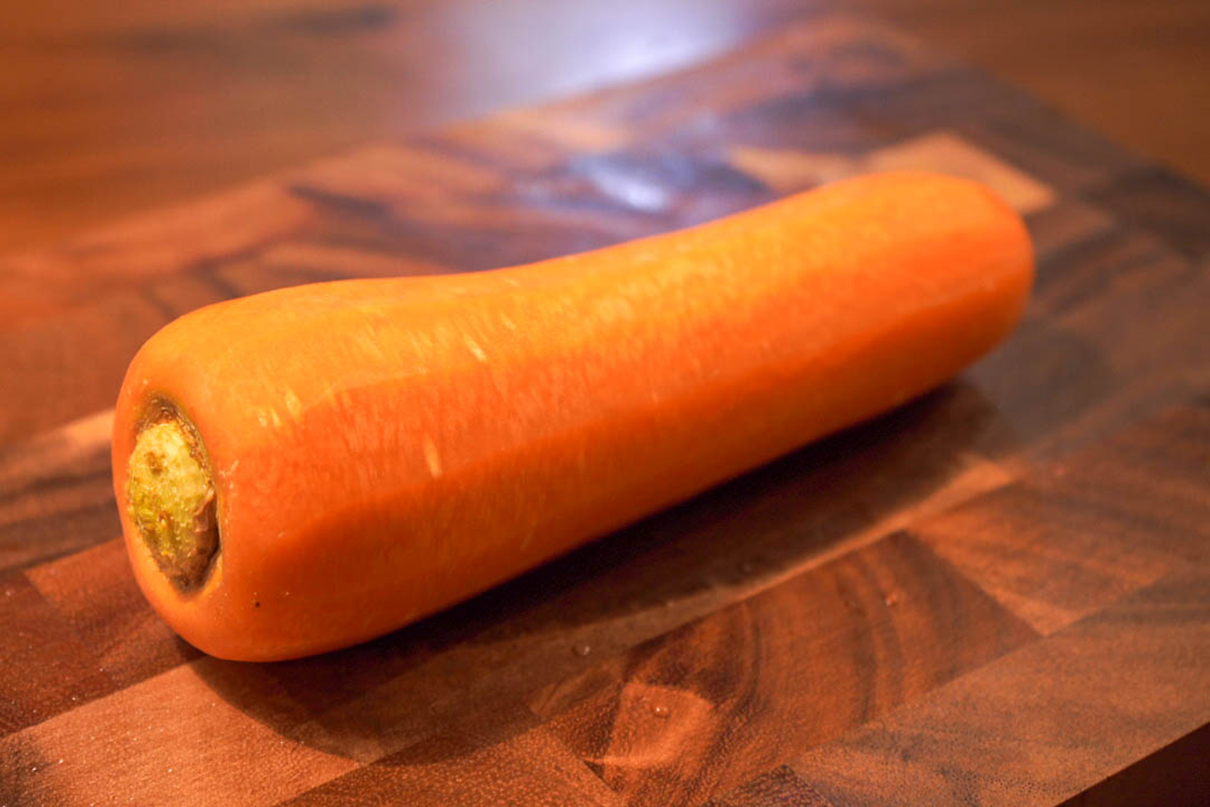 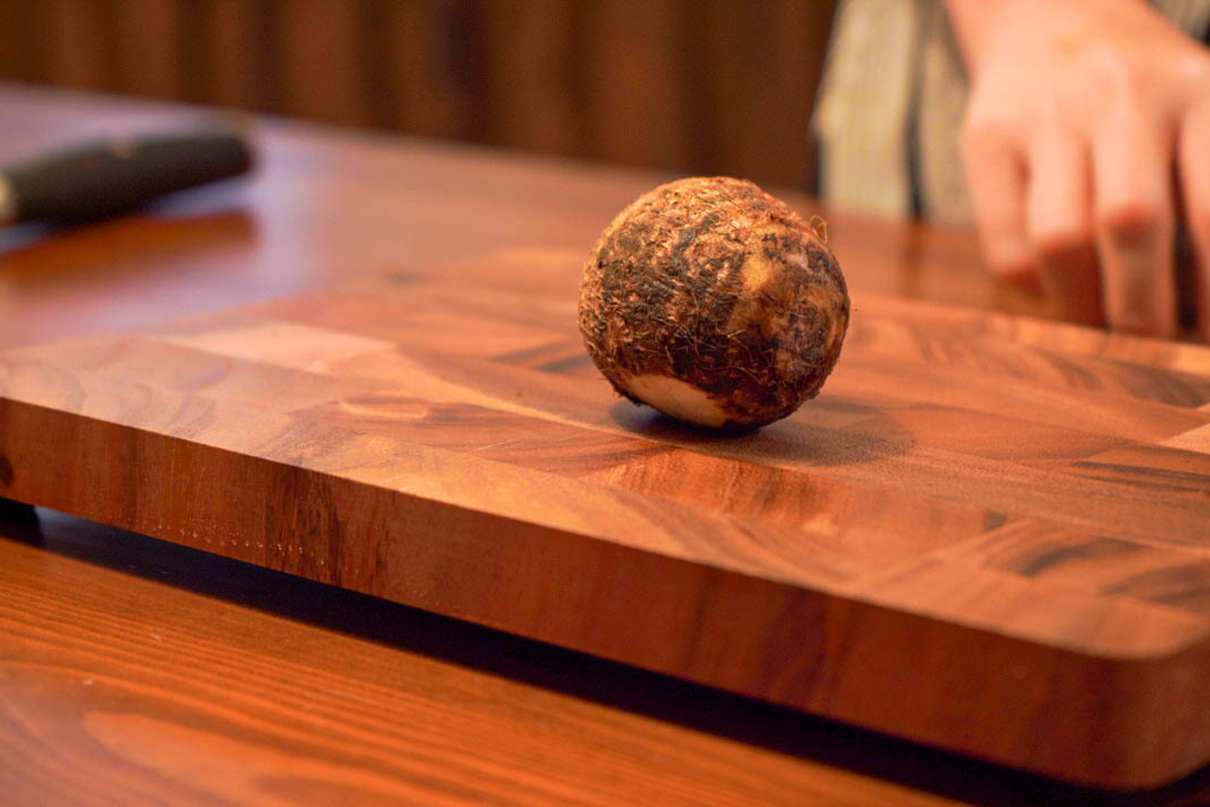 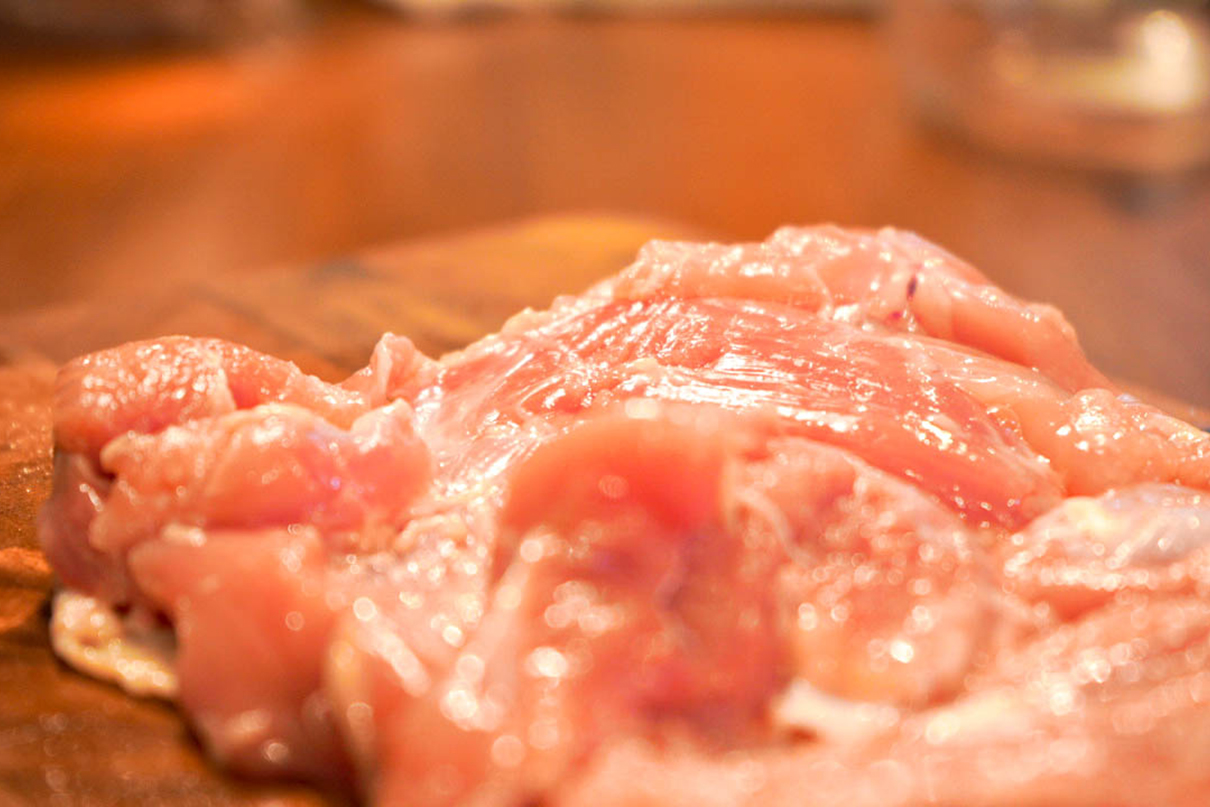 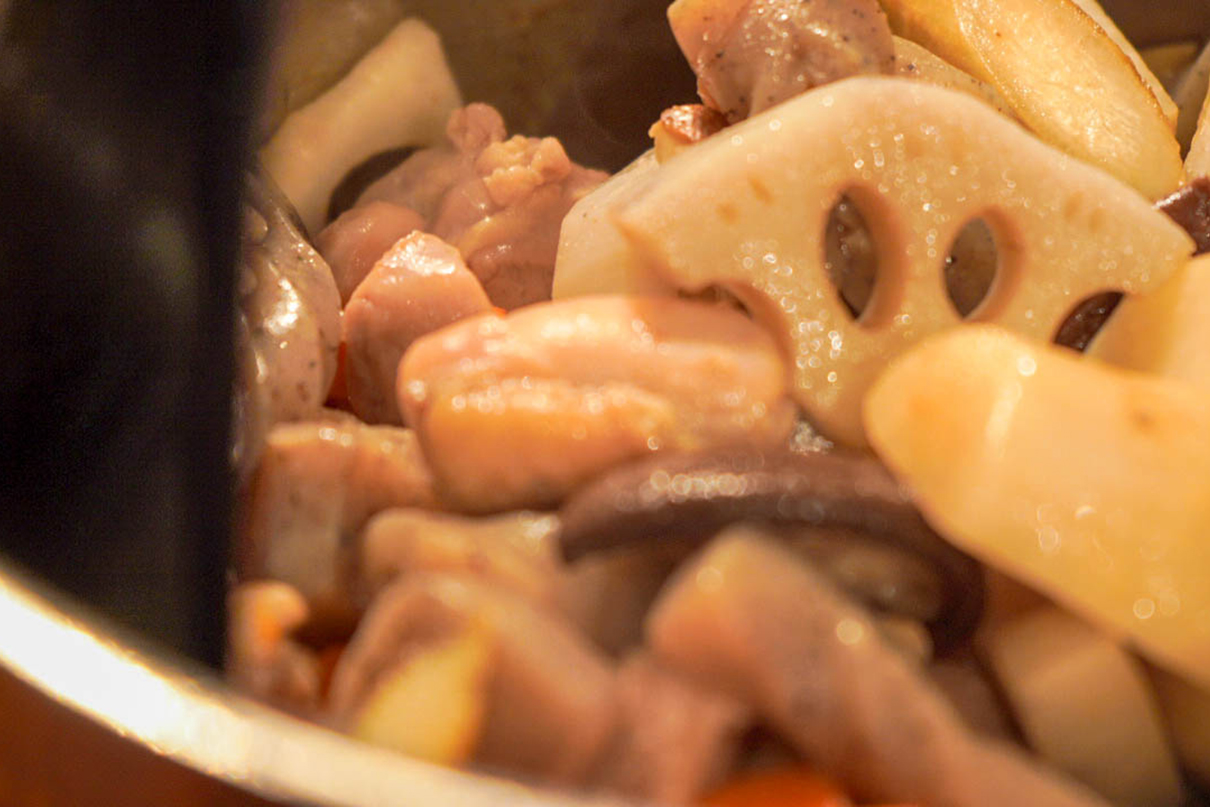 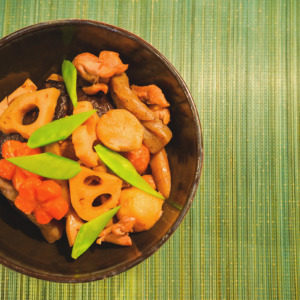 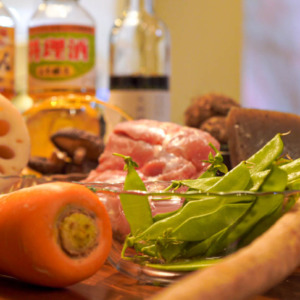 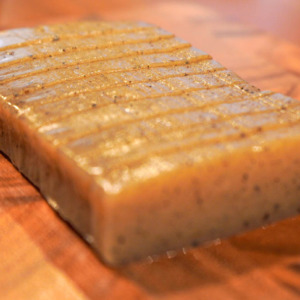 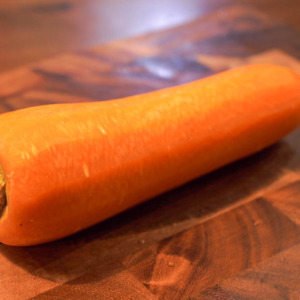 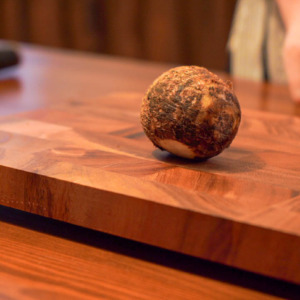 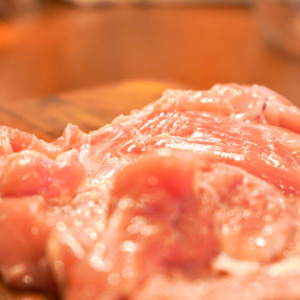 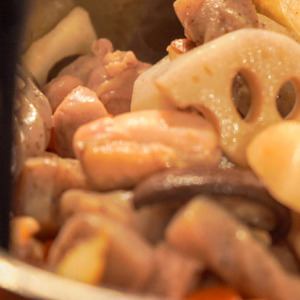 1 Prepare the vegetables.
Soak dried mushrooms in water.
Peel the taro, cut it into bite-sized pieces, and boil it.
（Taro is heated from the water, boiled and boiled for 3-4 minutes.）
Peel the burdock skin with the back of the kitchen knife and cut diagonally into 1cm slices, and soak in water.
Cut the carrot into 7mm slices, and cut into decorative shapes.
Lotus root is cut into ginkgo type, and soak in water.
Cut konnyaku into 7mm width.
Put one end into the notch in the center and twist it into a decorative cut.
And parboil it about 2-3minutes, drain off the water.
＊There is no rule on the shape of the vegetables. It is good to enjoy your favorite shape♪
When the shiitake mushroom is returned, remove the stem.
Strain the back juice with a tea strainer and save 100ml.
Burdock and lotus root drain off the water.

2 Remove the excess fat and strings from the chicken and cut it into bite-sized pieces.

3 Put the salad oil in a pan, heat over medium heat, and add the chicken.
Once lightly browned, add the vegetables (burdock, carrot, lotus root, taro) and fry.

4 Once the oil has spread and the surface of the vegetables is transparent, add konnyaku and dried shiitake mushrooms.

5 Add all of the seasonings in a), mix gently, cover with a drop lid and simmer for 10 minutes on low medium heat.
＊Open the lid on the way, and skim off the scum from the soup.

6 Add soy sauce and simmer for another 10 minutes.

7 Take off the lid and boil for about 5 minutes.（Until the broth runs out.）
Turn off the heat and let the taste soak.

8 Prepare snow peas for decoration.
Remove the strings of snow peas, and parboil with a little salt. About 30 seconds is a guide.

9 Serve the vegetables on the bowl, and finally add with snow peas to complete!