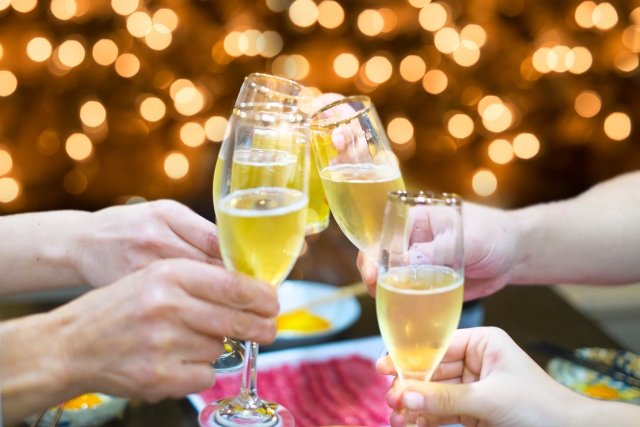 It’s a timeless classic that I’m sure Japanese people have heard of.
Kyu Sakamoto’s song “Let’s look up and walk”（”u-e-wo-muite-arukou”） is famous overseas as “Sukiyaki”.
Do you know that song that was so popular in America and elsewhere?

Why did this song come to be called “Sukiyaki” in foreign countries?

There are various theories, but the theory that “Because the British who named it had the image that Japan is Sukiyaki” and “I simply like Sukiyaki” are influential, and there is no surprising reason lolol.

In fact, I’ve heard foreign friends whether “Sukiyaki” is as popular as “Sushi” and “Tempura” among foreigners.
When I explained him to Sukiyaki again, he looked suspicious.”Do you eat meat with raw eggs?!”
He asked if it was really delicious.
As is rumored, there seems to be no culture of eating raw eggs overseas. He says he had never eaten for over twenty years.

How can I convey the delicious of sukiyaki to he or foreigners who are not good at raw eggs?
Do you eat without putting raw eggs at all? No, sukiyaki without eggs is not sukiyaki…!!

As I asked myself, Chrysan gave me a hint.
“The bento of “Imahan”, which I often use for work, contains hot spring eggs,” he said.
I see.
I hadn’t thought about it, but if the famous Sukiyaki restaurant that represents Japan is said to do so, then I wonder if the taste is correct.
With that kind of expectation, when my friend, who I said, came to our house to play, I treated him to sukiyaki with hot spring egg…
He said it was easy to eat because it didn’t feel like raw eggs. The effect was well received!! Personally, I felt it was delicious too.

“♬Happiness is above the clouds～”. And in the pot―.

Coronavirus infection continues to spread, and uneasy news continues every day, but if the situation does not change suddenly, I would like to spend positive day by day.
“Let’s look up and walk”♪

How about “Sukiyaki” for today’s menu, recalling Mr. Sakamoto’s song? 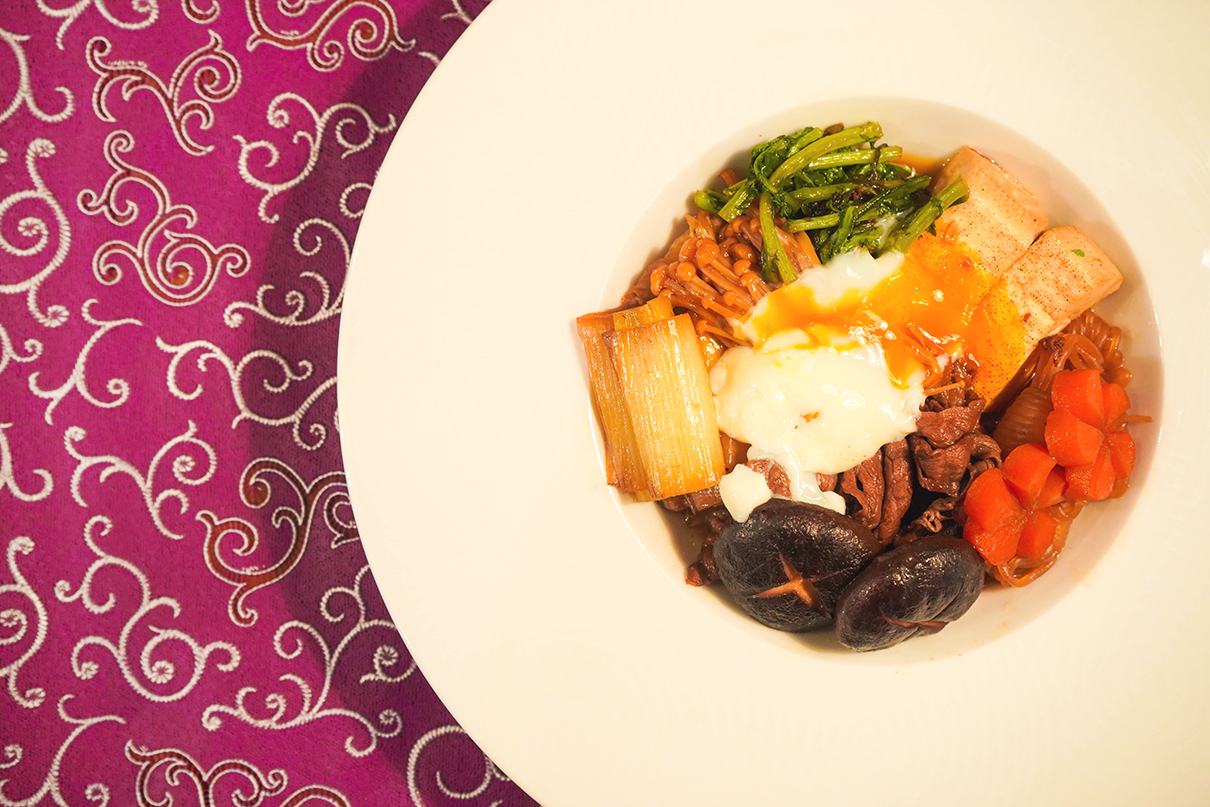 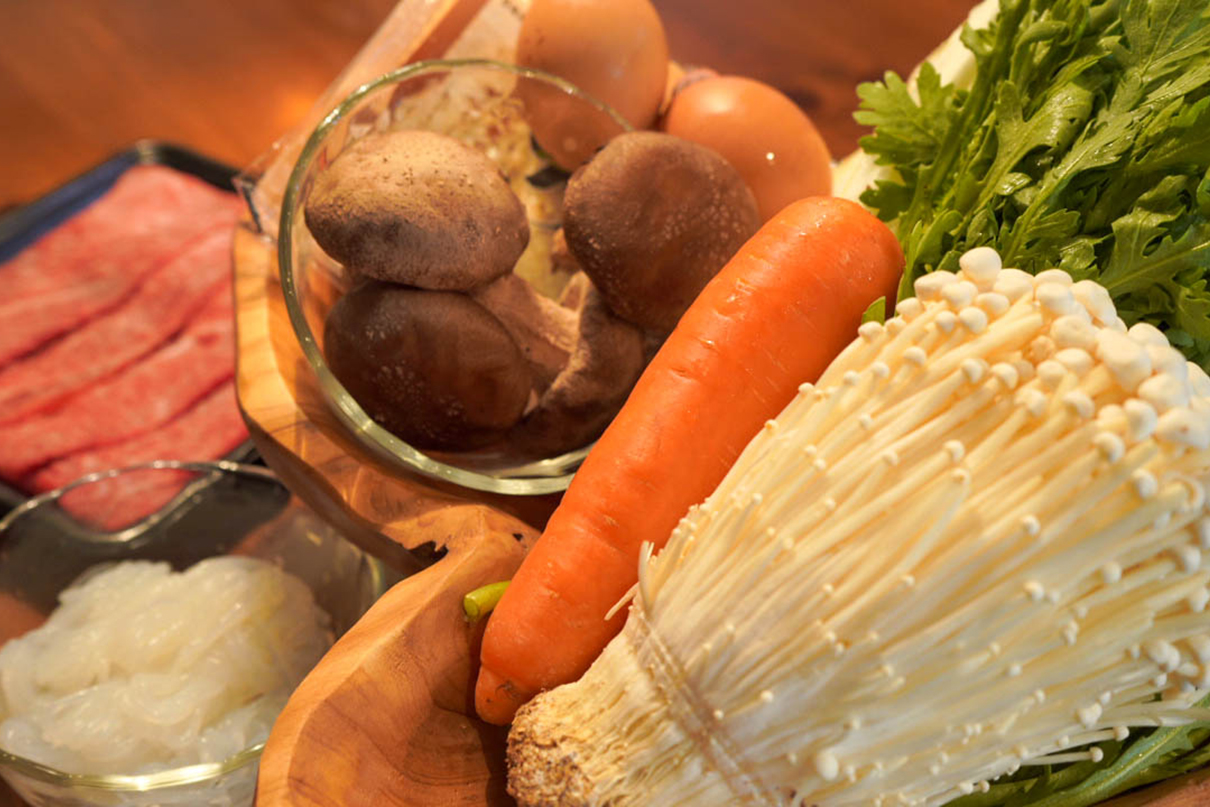 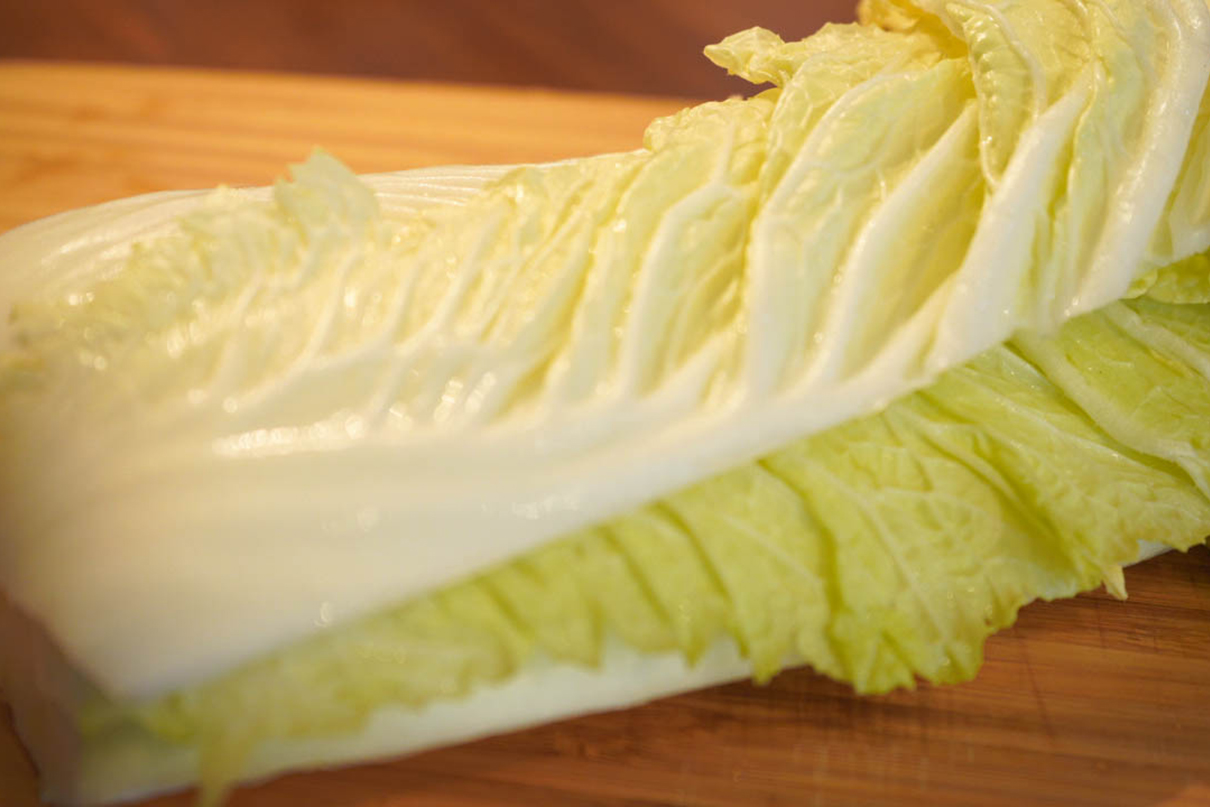 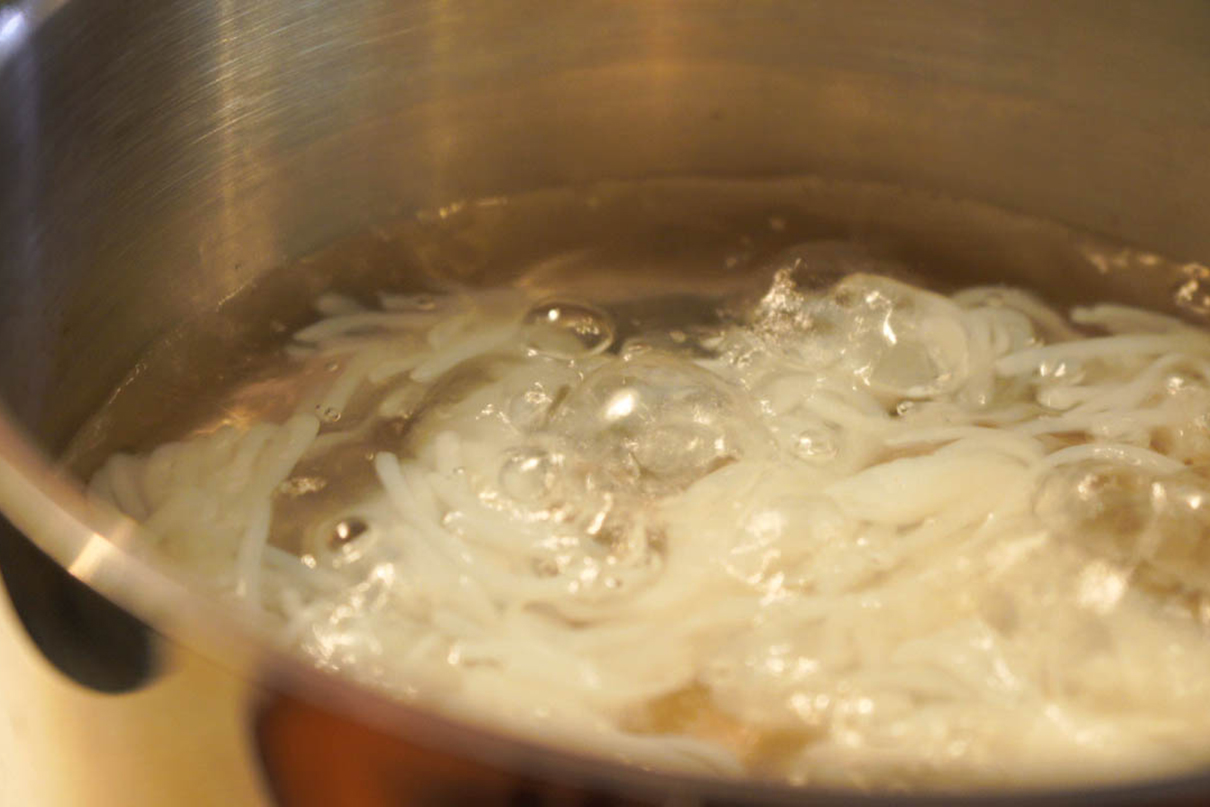 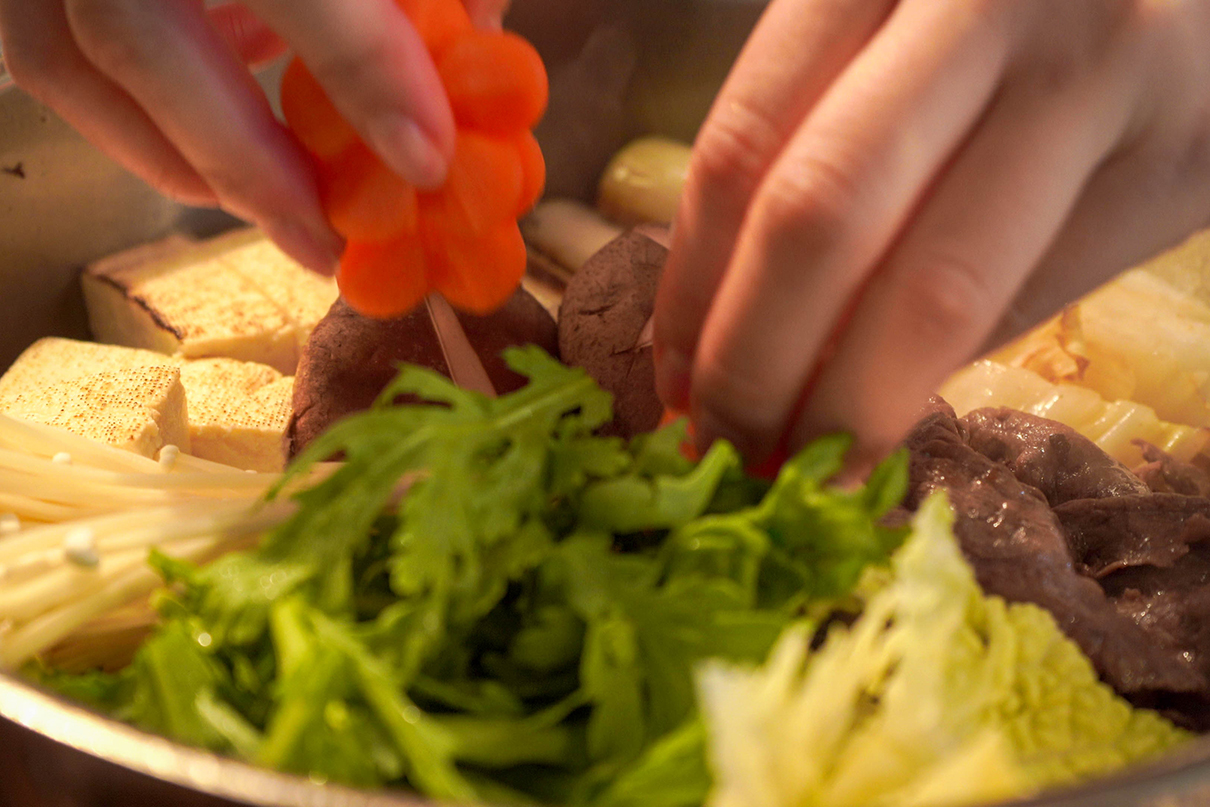 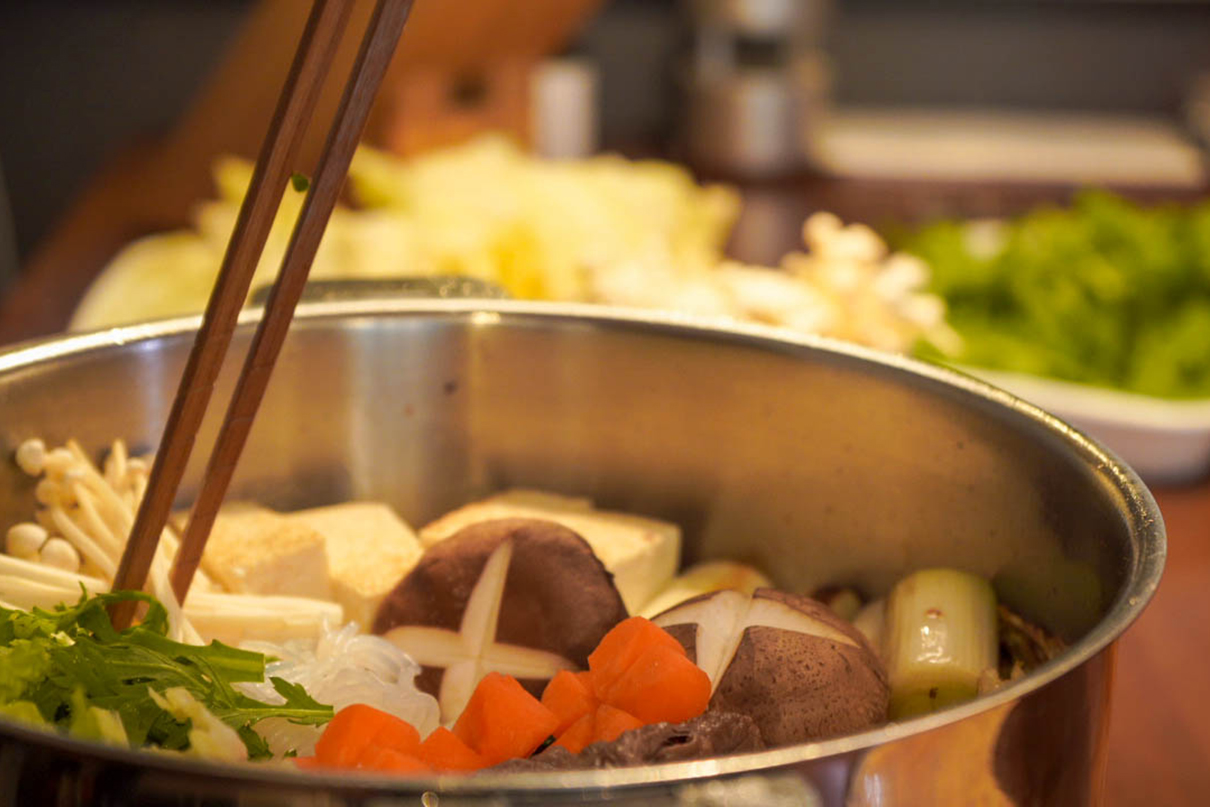 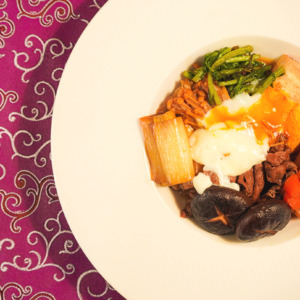 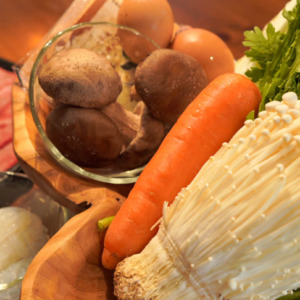 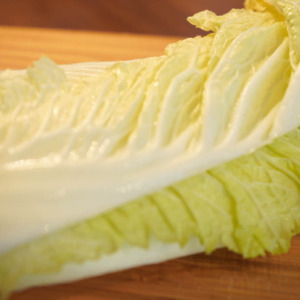 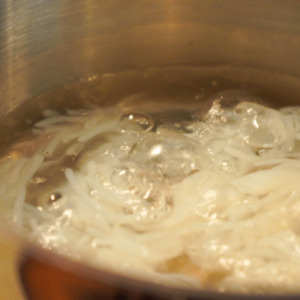 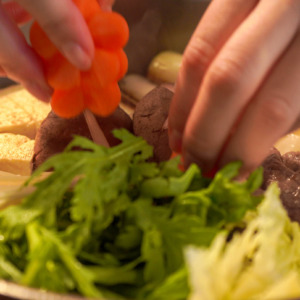 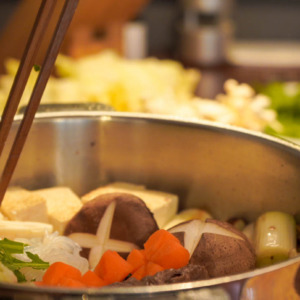 1 Cut the vegetables to a size that is easy to eat.
Chinese cabbage is bite-sized, japanese leek and garland chrysanthemum are 5cm wide, and carrot is cut into 1cm slices.
Cut off the stem of enoki mushrooms and shiitake mushrooms, and cut in half enoki mashrooms, and Baked tofu cut into 2cm thick.
＊In this case, we tied the konnyaku noodles, but if not, cut it into about 10cm.
＊Cutting the carrot and the shiitake mushrooms were into decorative shapes.

2 Heat the pot over medium heat to dissolve the beef tallow.
Put the Japanese leek and the thick part of Chinese cabbage , and when browned, put it on the edge of the pot.

3 Bake the beef.
When the beef is baked, add all the ingredients and sukiyaki stock and bake.
＊Use thin meat as much as possible.

4 Set the pot on low heat, cover and simmer.
＊Add if soup is not enough, add water if overcooked
＊If the vegetables are cooked (the Chinese cabbage is soft), it’s time to eat.

6 Once served in a bowl, put the hot spring egg on it and it is complete♪

【Reproduce the taste of Miyazaki Prefecture!】How to make delicious “C...