It is said that the origin of Japanese curry was that the British, who once ruled India in the 18th century, brought the curry back to their own country and add an arrangement. Then British introduced it to Japan as a European curry and arranged it further by the Japanese people.
Curry was introduced from Japan to Britain in the 19th century (early Meiji Restoration), and since the culture of European and American was actively introduced at the time, such food culture quickly spread.

A book called “Western Cuisine Instruction” published in 1872 contains detailed cooking methods for curry, and it seems that curry spread throughout Japan thanks for this book.
However, the book says, “Add green onions and frogs and simmer,” and you can feel a big difference from the current Japanese curry.
（F…Frog !? Even curry enthusiasts can not eat it lol）

After that, the production of roux of curry began, and onions, potatoes, carrots, etc. were used as curry ingredients, and the so-called Japanese curry was completed.
As you can see, Japanese curry tastes completely different than Indian curry or British curry.

On the other hand, even among curries, the curry made from minced meat called “Keema curry”, which was also appeared in this recipe, came to be offered in Japan a little later.
The beginning is said to be the Indian restaurant “Ajanta” in Asagaya, Tokyo, which was founded in 1957. (Currently relocated to Kojimachi.)

It seems that chicken, goat, and mutton were used for Indian keema curry for religious reasons, but in Japan, chicken was used because easily available.
The number of shops offering keema curry gradually increased, and after many arrangements, many shops now use beef and pork.

By the way, in Japan, the difference between “keema curry” and “dry curry” is often discussed, but “dry curry (so-called curry pilaf)” is a general term for “curry with a low water content” , minced meat is not always included.

Curry has such a deep history, but based on these, should this recipe be called “dry keema curry”…??
I made the recipes with the ingredients that I often use, but there is no rule that you need these ingredients.
Curry is a good dishes to enjoy freely, so let’s feel free to enjoy making it with your own ingredients ♪ 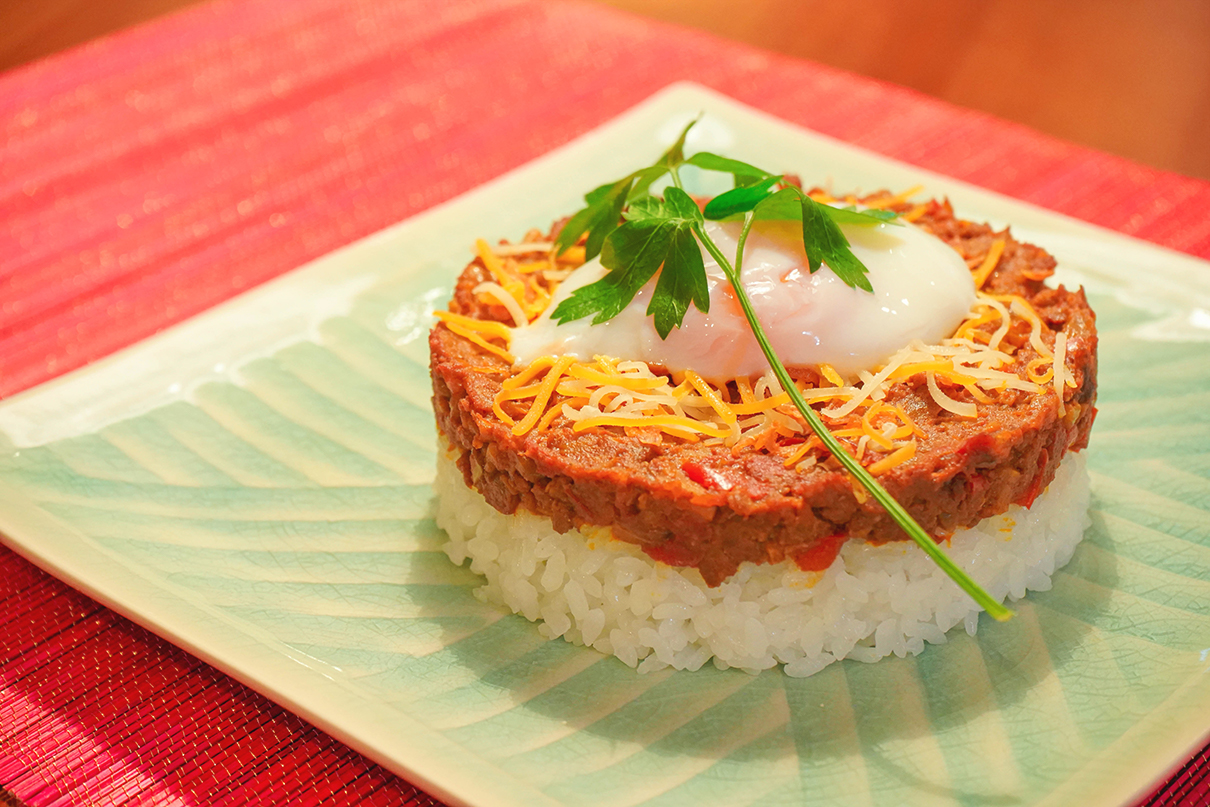 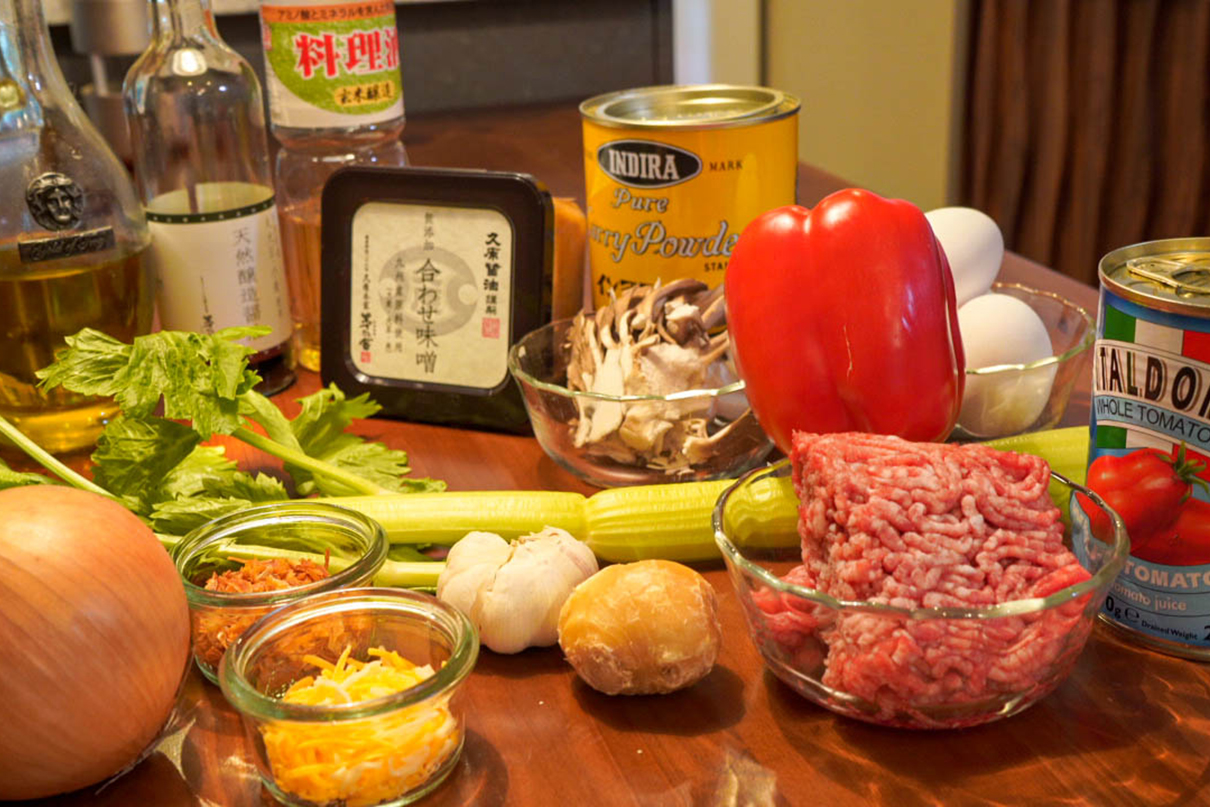 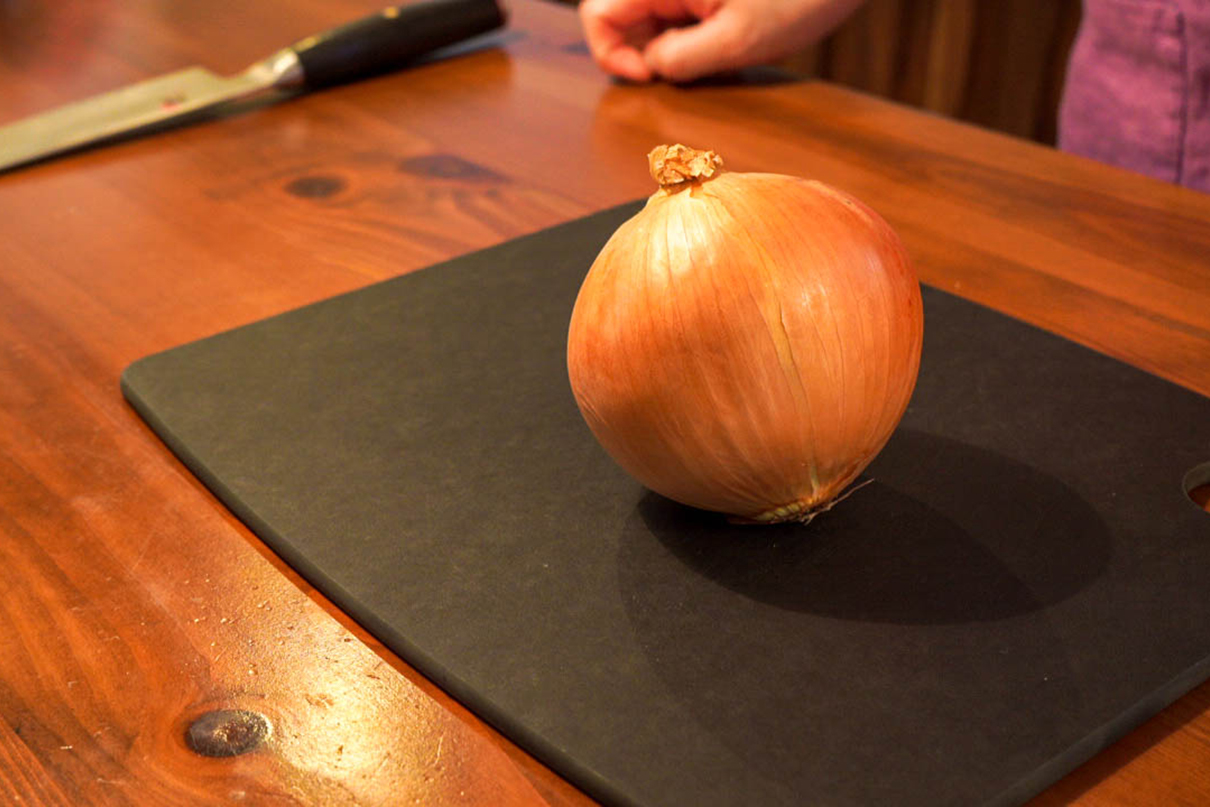 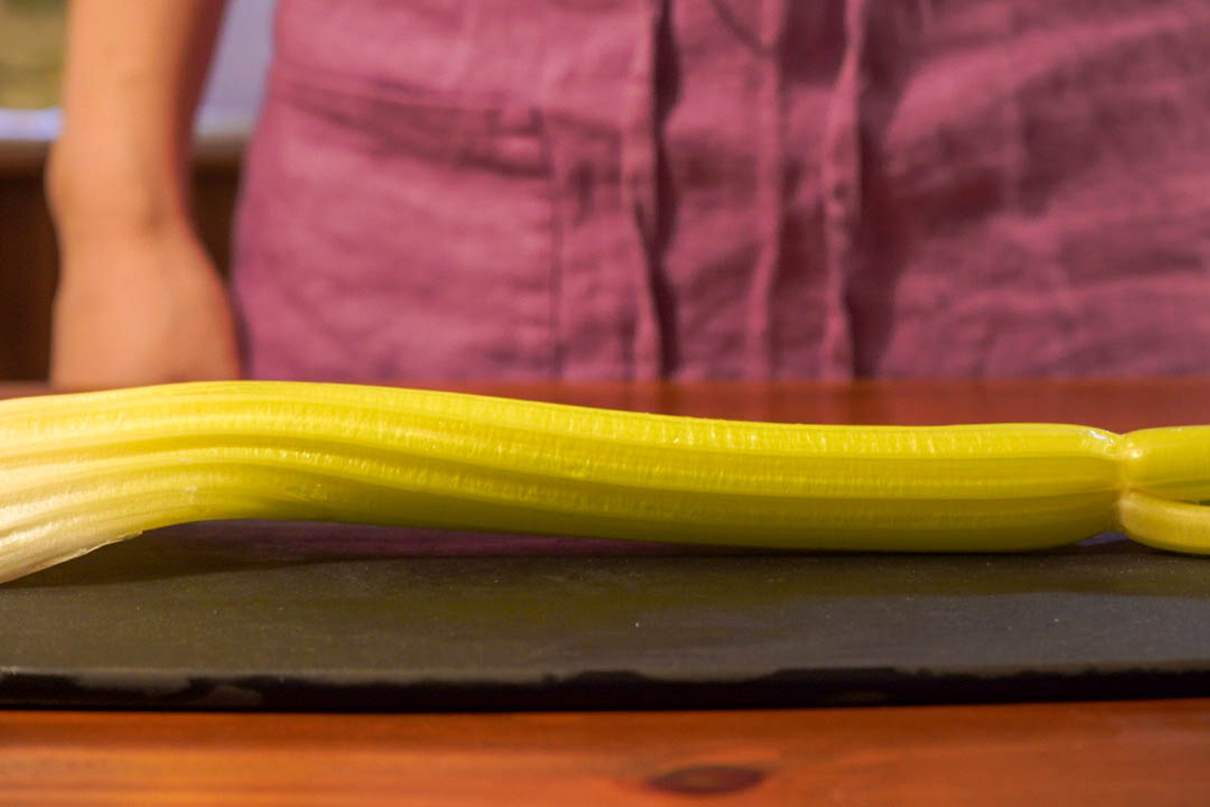 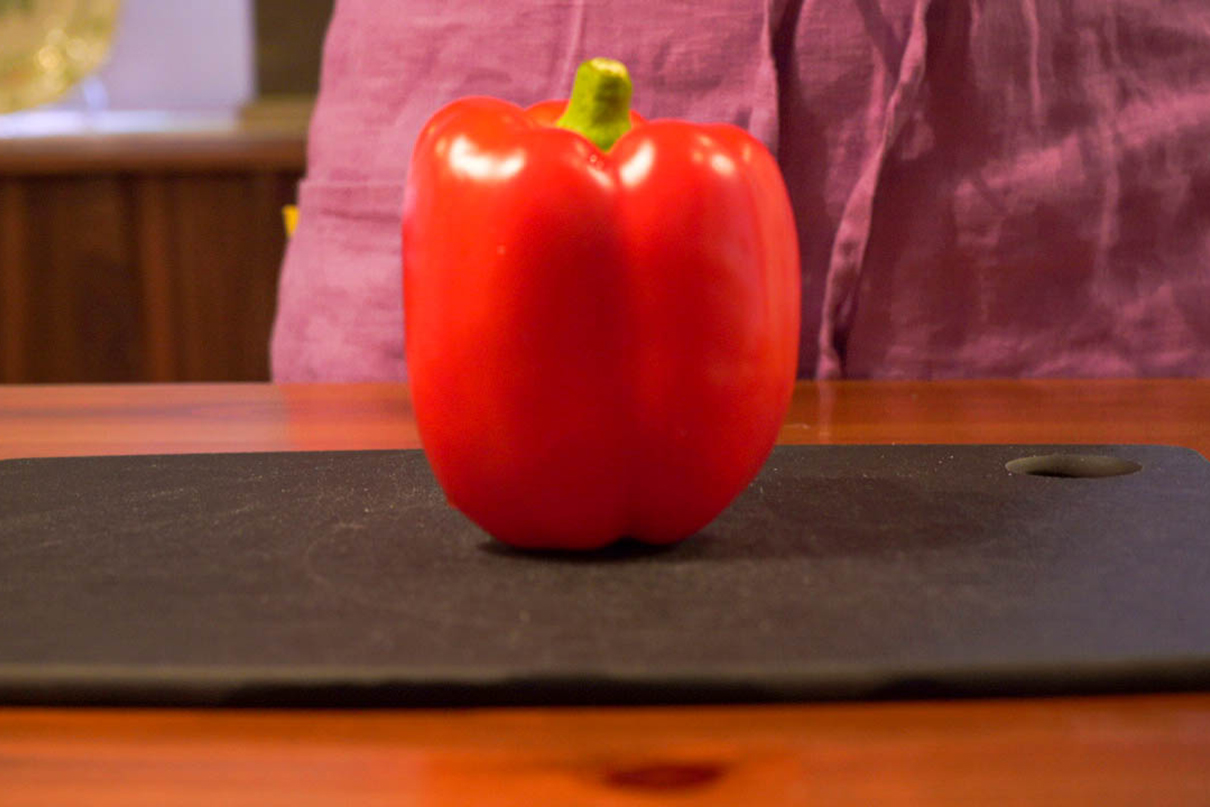 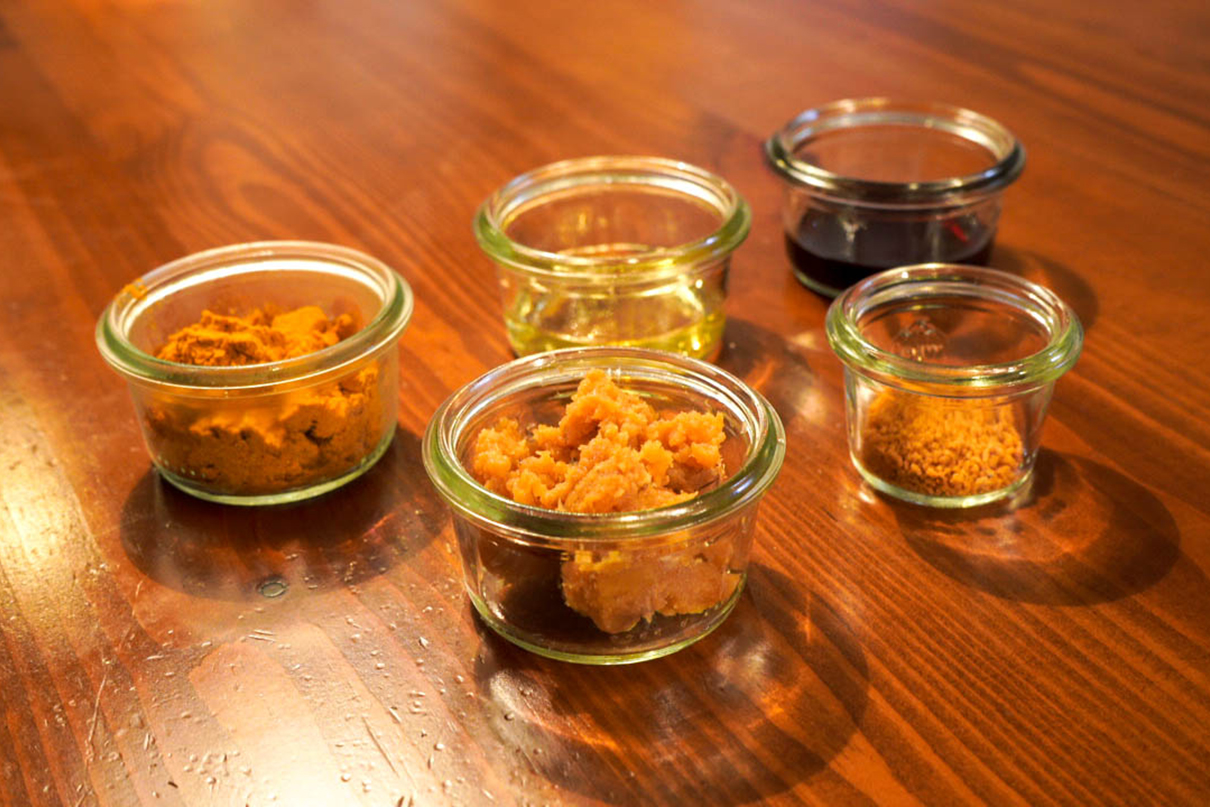 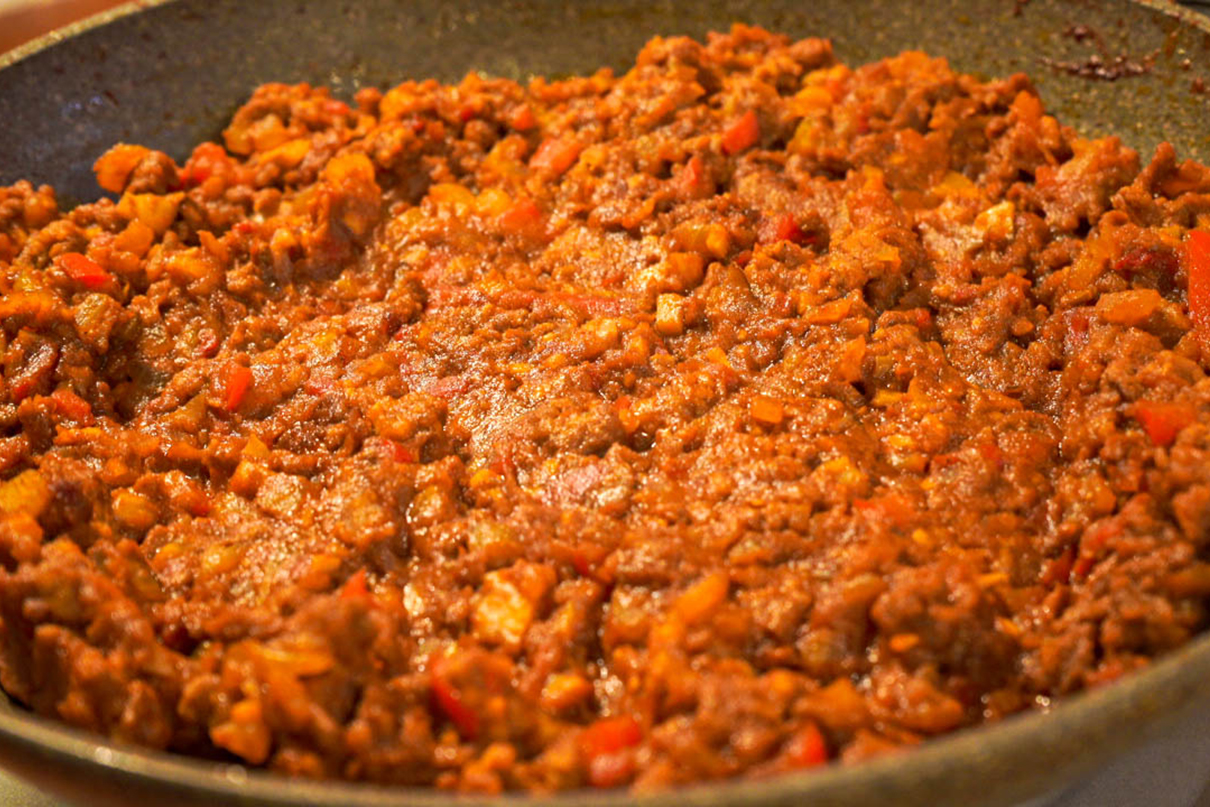 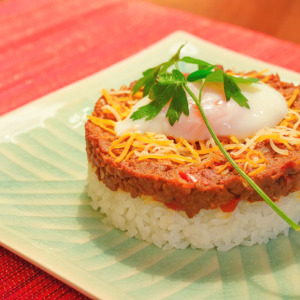 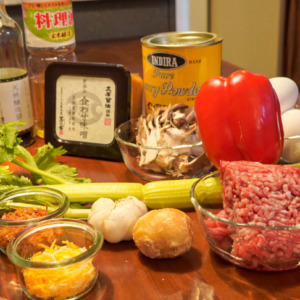 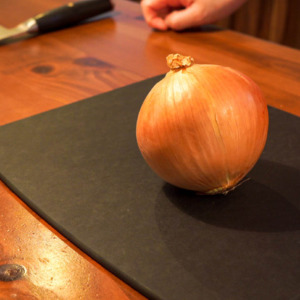 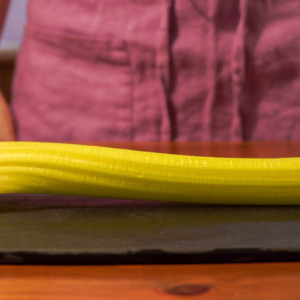 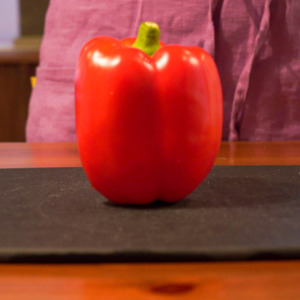 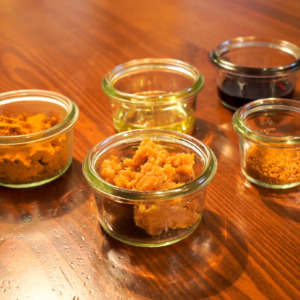 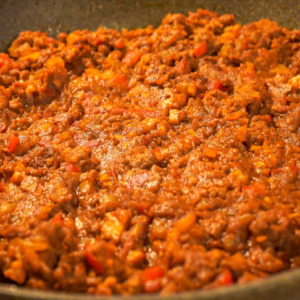 1 Onion (1/2), celery (1/2), red paprika (1/2), Maitake mushroom (50g), ginger (1 piece), garlic (1 piece), all chopped.
＊Cut ginger and garlic into smaller pieces, and chop other vegetables into about same size ( 5 mm square ) as possible.
＊Please take streaks of celery and remove the seeds from the paprika before chopping it♪
Put the seasoning from (a) in a container and mix them so that the miso melts.

2 Pour olive oil (1 tbsp) into a frying pan, add ginger and garlic over low heat.
When you can smell the garlic, add onion and celery, set to medium heat and fry until the onion is transparent.

3 When the onion is cooked, add minced meat (150g) and fry until the heat passes.
Then add paprika and Maitake mushrooms and fry further.

5 Add the seasoning from (a), mix gently and simmer for another 5 minutes.

6 Add curry powder (2 tbsp) and simmer for another 5 minutes. Mix the whole and when the water is gone, it’s done.
＊It is okay if the fire stays medium♪

7 Place celcle in a bowl, add hot rice and shape with a spatula or spoon so that it becomes flat.
Place the curry on the rice and flatten it, then gently remove the celcle.
If you like fried onion, shredded cheese, hot spring egg, and Italian parsley, decorate it and it’s done!

＊Easy! How to make a hot spring egg.
Boil plenty of water in a pan, gently put the eggs in it, wait 11-12 minutes with the lid open.

【Professional taste♪】How to make Japanese gyoza that anyone can make delici...

【Plenty of cabbage♪】3 tips to finish plump! How to make savory Japanese-sty...