Do you know any Japanese anime called “Kiteretsu Daihyakka or “Kiteretsu Encyclopedia”?
It is a manga that was made into a TV animation in 1988 by the famous “Mr. Fujiko F. Fujio” drawn .
“Kiteretsu” means “very strange” or “odd” in English.

When I was a child, I remember enjoying a weekly TV broadcast of the Kiteretsu Daihyakka.
（You know my age!?）

Among them, the first work he made was a assistant robot called “Korosuke”, which is a mascot that can be said to be the symbol of this manga.（Korosuke is so cute!)
The kanji for「助（suke）」means 「support」in English.

Kiteretsu is often compared with Fujiko F. Fujio masterpiece “Doraemon” in that there are a mascot and his friends are similar, and Korosuke is also similar to Doraemon in that it is a robot. (heroine is “Miyo-chan” or “Shizuka-chan” , boss of the children is “Buta gorilla” and “Giant” , etc.).

Those who have seen anime may also know the opening song called “Cooking March”. When you hear a song that cooks such a fun croquette, you will want to eat it !!
I always remember this song when I make croquette. (Lol)

The opening(and ending) song that was just as popular was my favorite song, “First Kiss”.
The appearance of singing Korosuke was so lovely and healed … When I was a student, I have some friends who imitated korosuke and sang at karaoke.

I think that it is a song that still doesn’t fade, and sometimes I remember it and hum.
Have you heard these two songs?

It was only recently that I heard a “nostalgic melody” on the radio and wanted to eat croquette, so I decided dinner for the day.
There are days like that!

Everyone, how about a croquette that tastes good for today’s dinner? 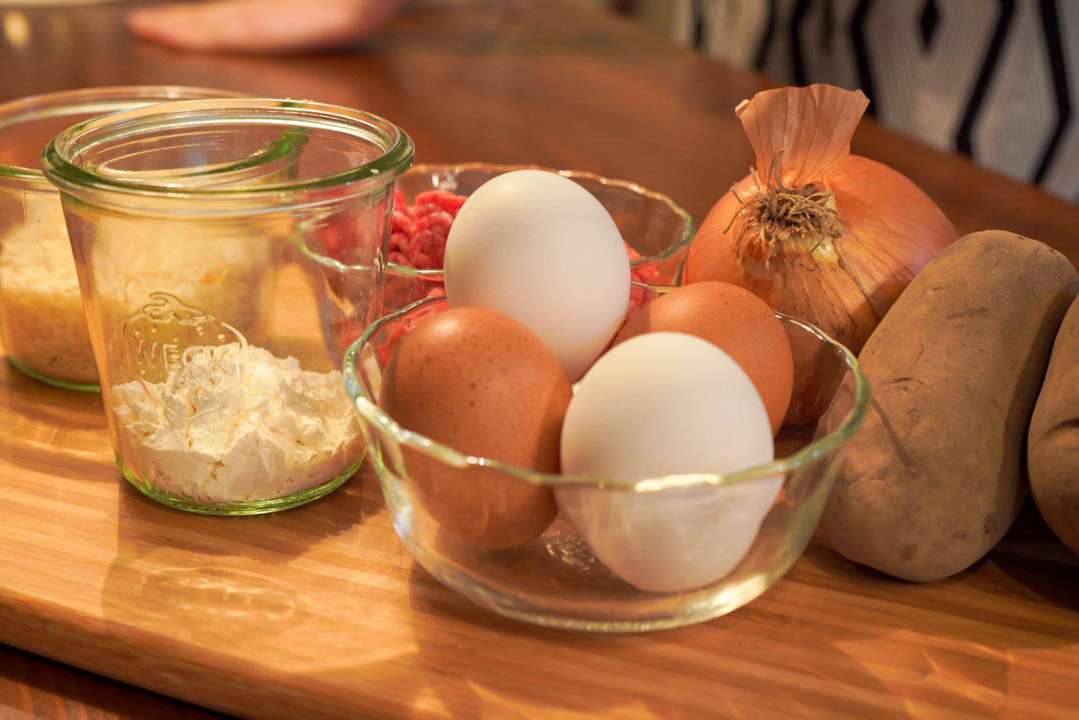 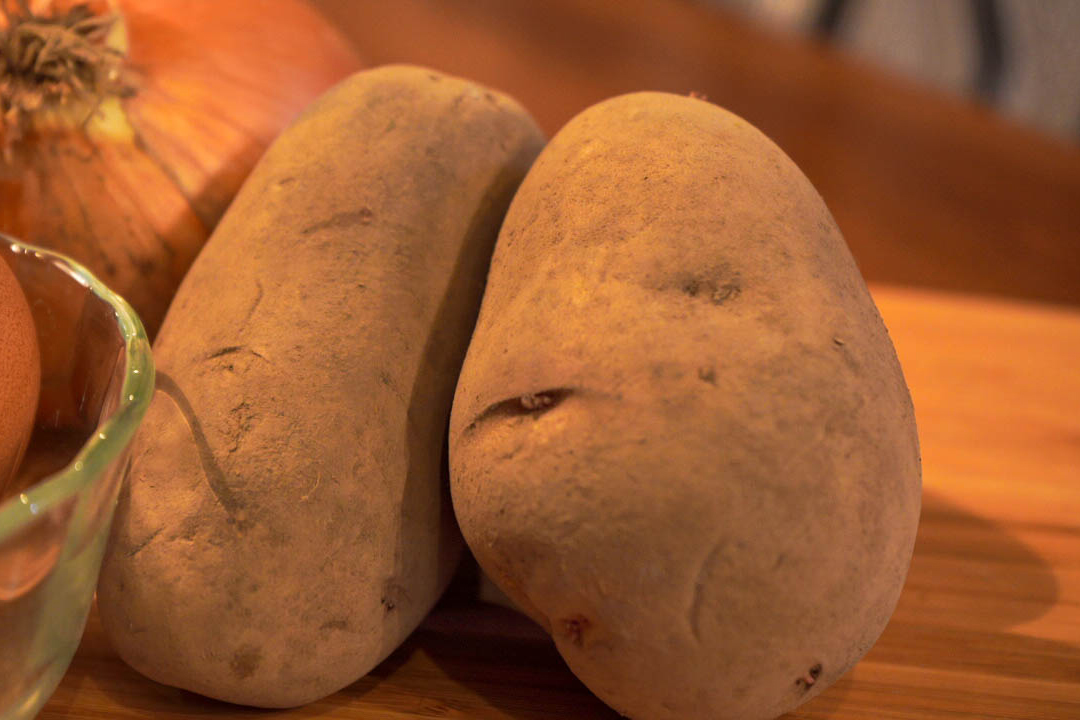 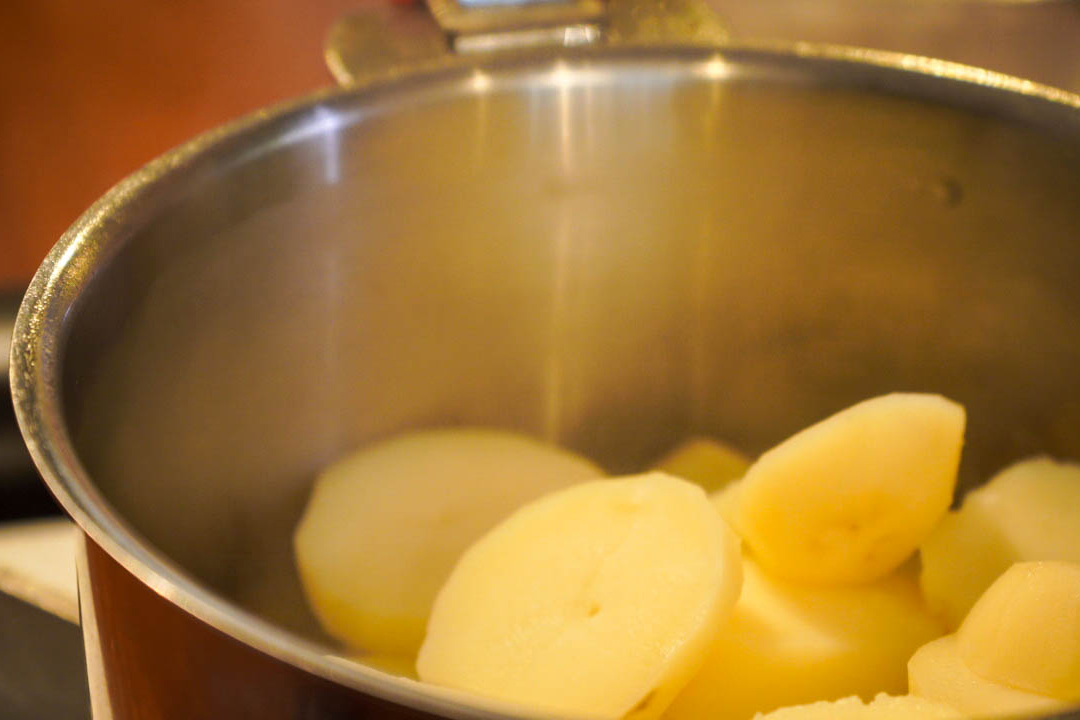 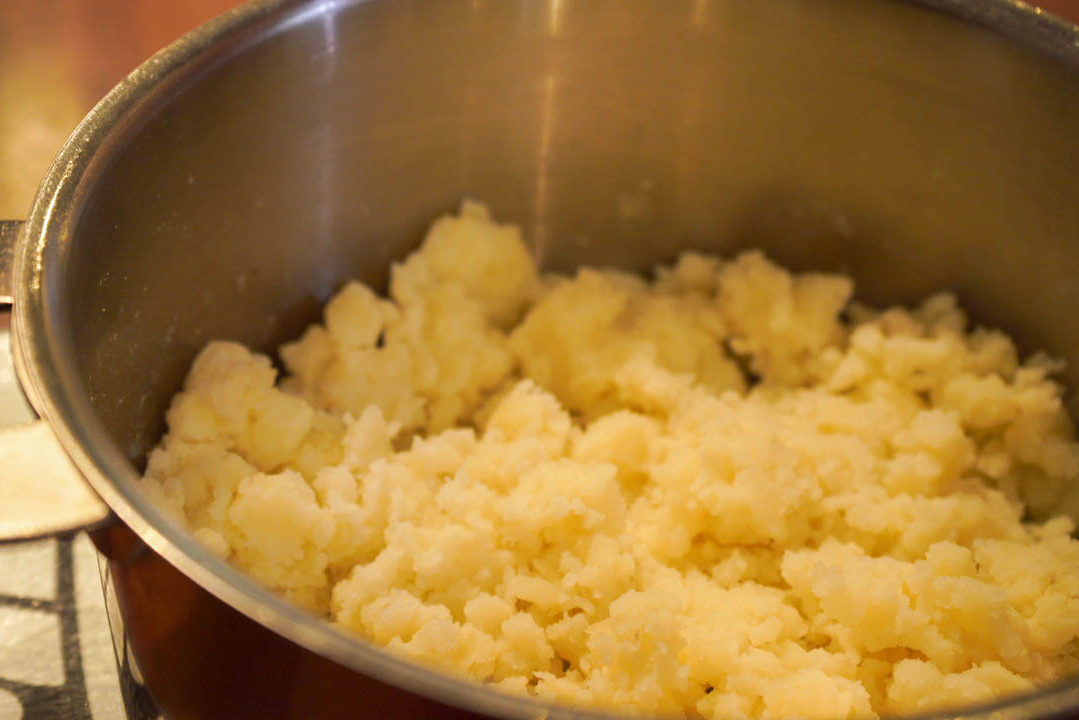 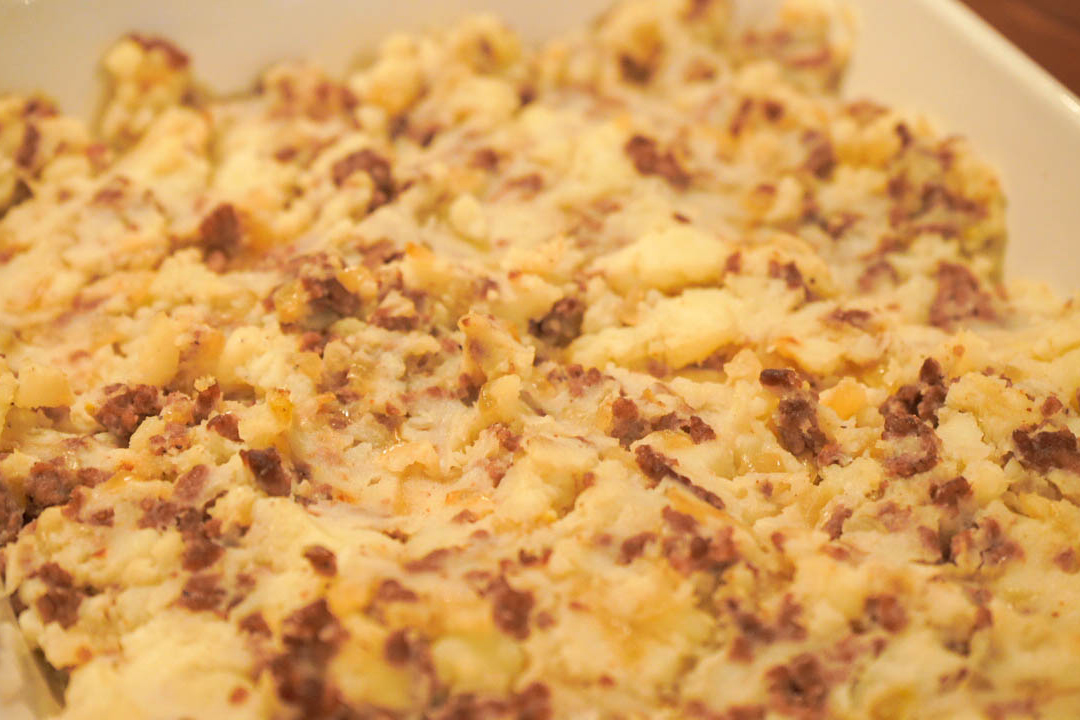 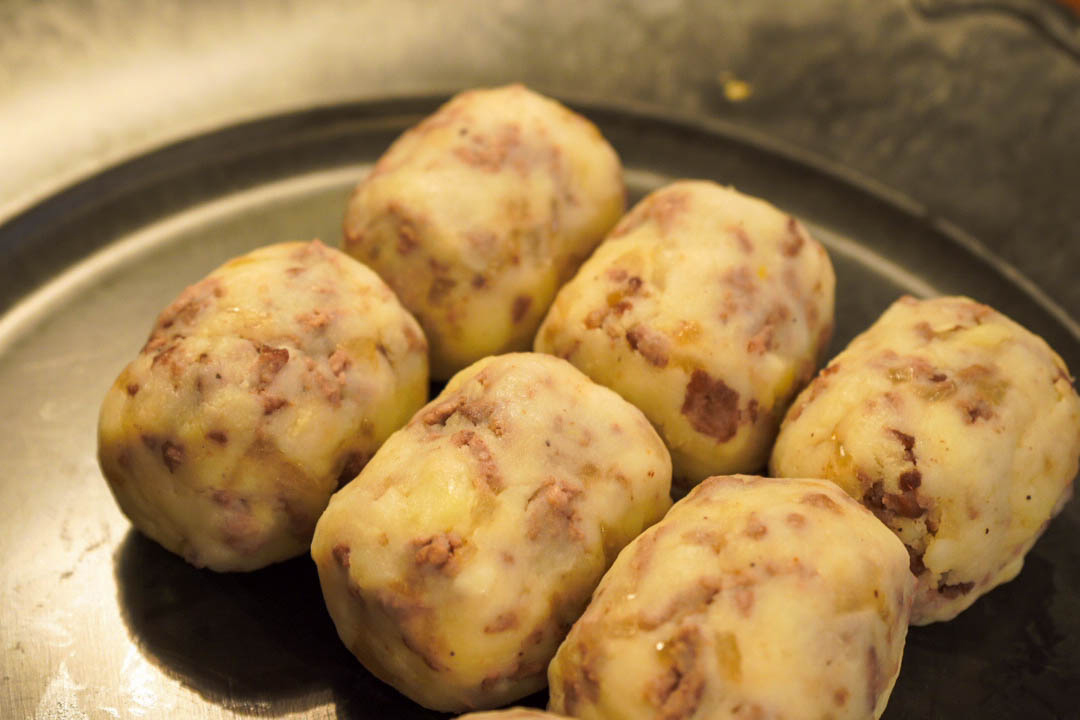 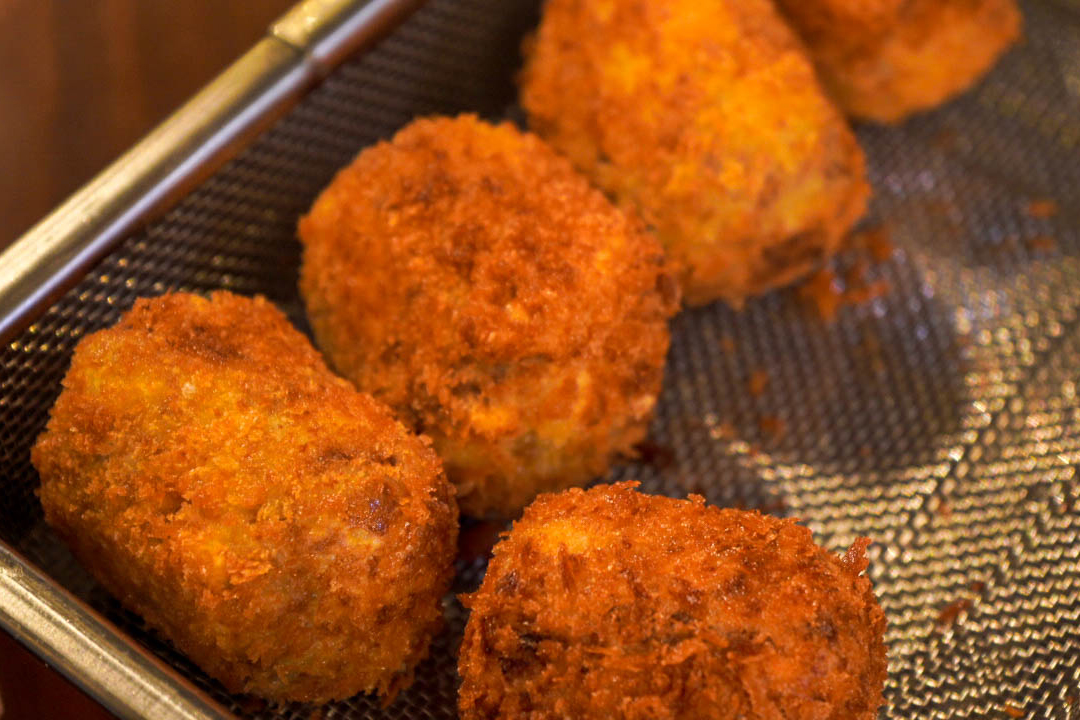 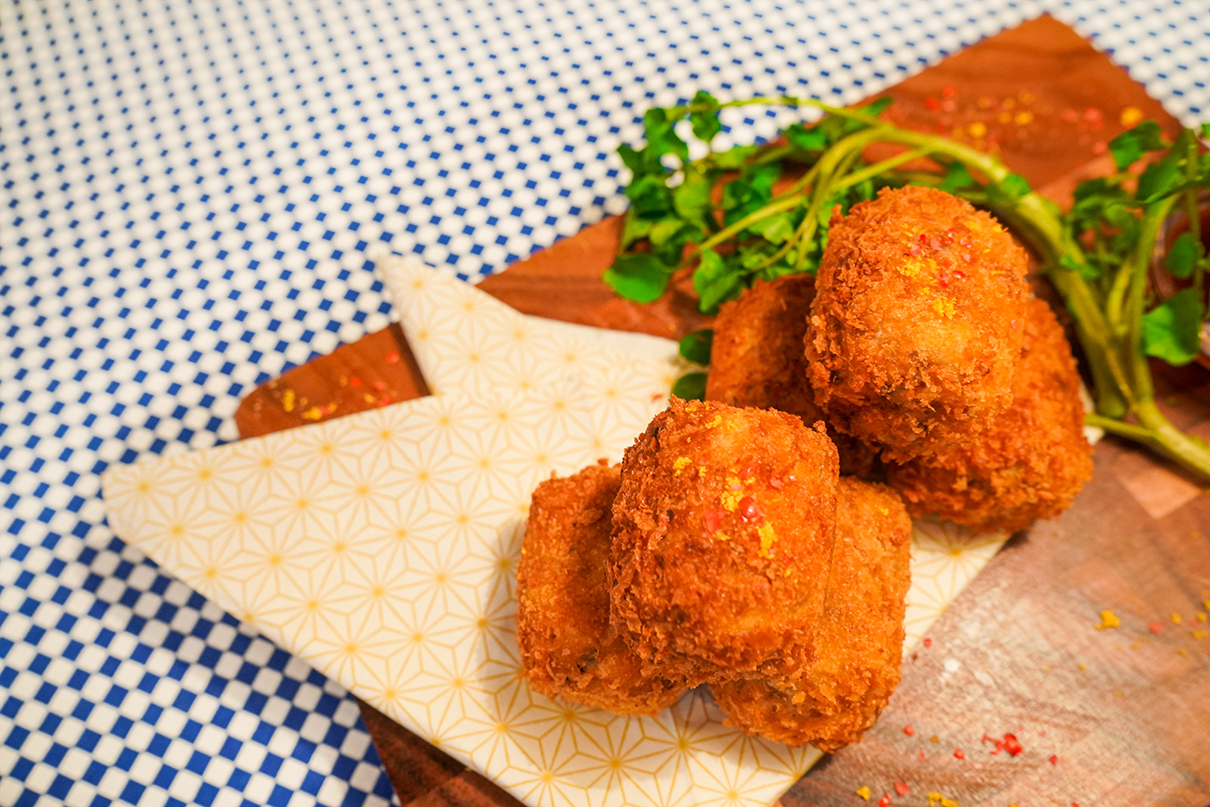 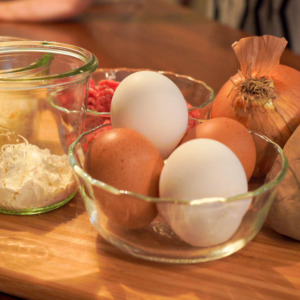 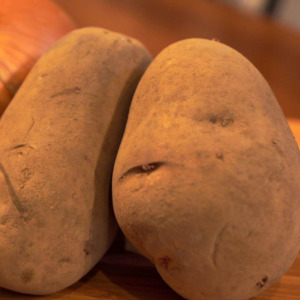 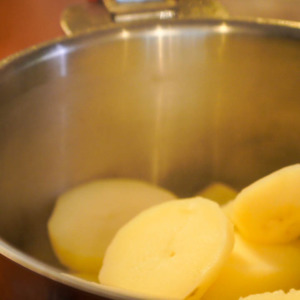 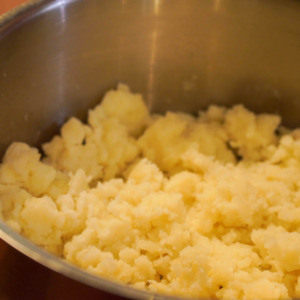 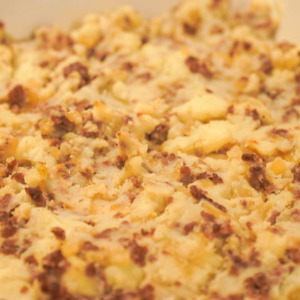 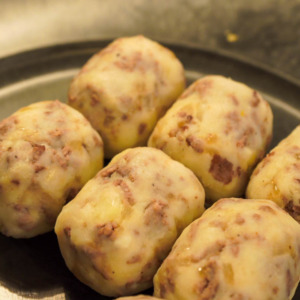 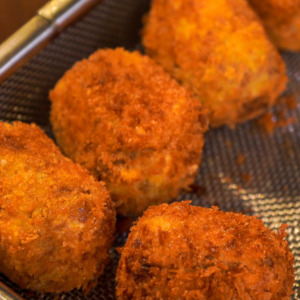 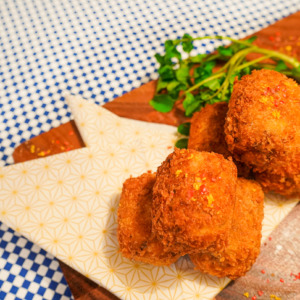 1 Slice the potato into 1 to 2 cm width, put it in water and boil for 10 to 15 minutes.
Drain the water when it becomes soft enough to pierce the skewers.
Put the potatoes back into the pan and crush roughly while evaporating water with a masher.
Finely chop the half onions.

2 Put the salad oil in a another frying pan and heat over medium heat to fry the onions.
When the onion is clear, add minced meat（100g）, salt（1/4 tsp）, pepper and nutmeg（a little）, and fry until the meat is cooked.

4 Divide the material of (3) into 6 to 8 pieces and roll them into straw bag shaped .
Prepare flour, melted eggs, and breadcrumbs in a vat, and coat them in order.

5 Pour salad oil into a pan and heat to 170℃.
Gently put the coated croquette and deep fry until the whole turns a golden brown color.
＊It is good to deep fry while rolling so that the whole is browned♪